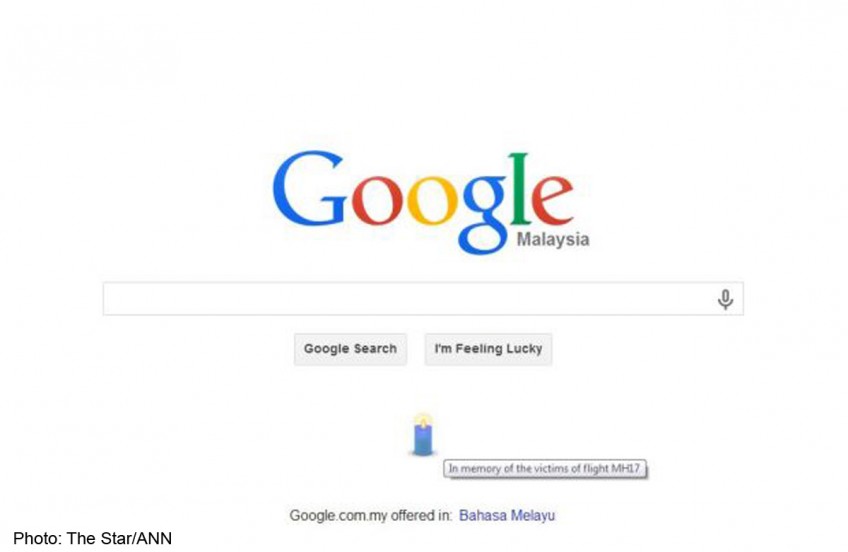 PETALING JAYA - Google on Friday featured a candle on its Malaysian search page in memory of the 298 people who lost their lives when Malaysia Airlines flight MH17 crashed in Ukraine.

Its Malaysian website (google.com.my) had an image of a flickering candle below its search bar, with a message "In memory of the victims of flight MH17", which appears when the mouse pointer hovers above it.

The KL-bound Boeing 777, which was expected to have arrived in Malaysia at 6.10 am on Friday morning, lost contact with the control tower at 10.15pm local time Thursday, while it was flying in the Ukrainian airspace.

According to the Interior Minister, there were no survivors and Malaysian Airlines in a statement later disclosed that there were 189 passengers from Netherlands, Malaysia (44), Australia (27), United Kingdom (9), Belgium (4), Germany (4), Philippines (3), Canada (1) and New Zealand (1).

As of 8.20pm on Friday, the nationalities of four passengers were yet to identified.