MH17 crash: Stewardess who switched with colleague lucky - but not hubby 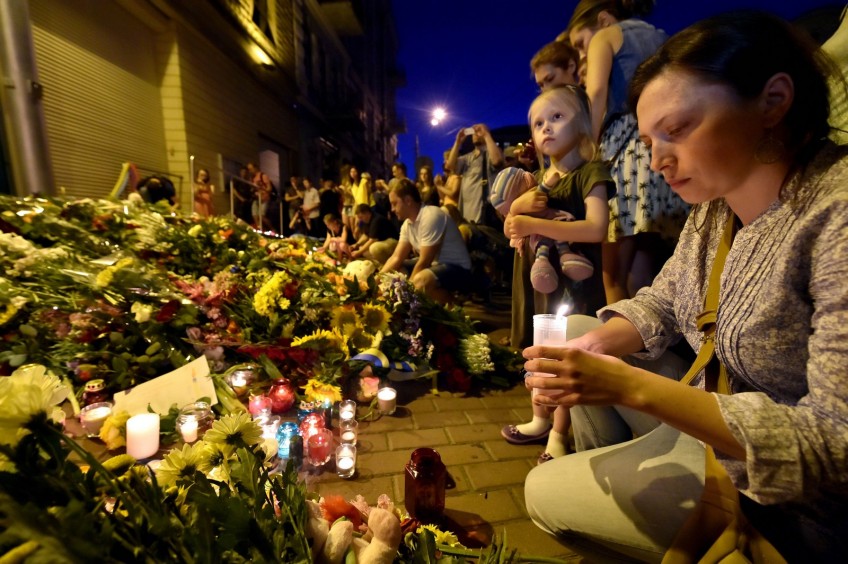 BUKIT MERTAJAM, Malaysia - The wife of Malaysia Airlines Flight MH17 steward Sanjid Singh Sandhu's, who is also an air stewardess with MAS, was supposed to have been on board the ill-fated MH370 which went missing four months and 10 days ago.

But her life was spared when she switched her shift with a colleague.

Her husband Sanjid, 41, was, however, not so lucky. He was supposed to have been off but instead swapped his shift with another steward.

Sanjid, a father of a seven-year-old boy, was one of the MAS crew members on board MH17 from Amsterdam to Kuala Lumpur, which was shot down by a missile in the war-torn Russian-Ukraine border.

The late steward's father Jijar Singh, 71, who was sobbing uncontrollably at his house in Taman Selamat in Alma here yesterday, said his son was supposed to have been back in Alma yesterday.

"His mother prepared all his favourite dishes," said the former National Electricity Board staff.

Weeping beside Jijar was his 73-year-old wife.

Earlier at 3am yesterday, pressmen who had gathered outside Jijar's house were in a dilemma over how to break the tragic news to the septuagenarian couple.

However, roughly an hour later, the house phone rang with Sanjid's sister calling from Italy to inform her parents about the incident.

Nur Shazana, 31, who had been working with MAS for nine years, told her parents Mohamed Salleh Shamsuddin, 54, and Sharom Ibrahim, 57, that she would be back home on the first day of Hari Raya.

"I remember her telling me that she would be returning in the afternoon," Mohamed Salleh said in between tears.

He said that he and his wife, who have four children, found it difficult to accept that their eldest daughter perished in the incident.

A woman from Penang, identified as Elaine Teoh, was on board the doomed flight with her boyfriend Emiel Mahler, a Dutch national.

The couple, both 27, were living in Melbourne, Australia, and working in the financial sector.

According to Yahoo! 7 news portal quoting the employer IG Australia, the couple were loved by their community.

"Our thoughts and prayers are currently with their loved ones," said the employer via a statement posted on a news portal.