THE HAGUE, Netherlands - Relatives of those killed in the MH17 air disaster have called for greater respect for victims' remains fearing some may be "playing a game" after a new discovery of bones.

Freelance journalist Patrick Lancaster revealed in a YouTube video on December 11 that he had found 52 bones and remains on the site of the 2014 crash in eastern Ukraine.

His video shows him apparently excavating the remains from the snow-covered crash site in rebel-held territory.

It comes after Lancaster maintained he had discovered remains in August and handed them over to local mayor, saying he was trying to do it "in the most professional way possible."

And in January, Dutch police seized possible human remains from a Dutch journalist which he said he found on the sire. 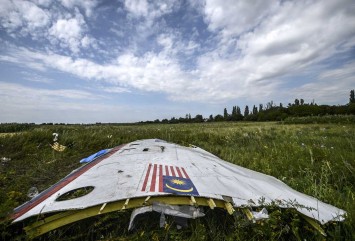 But Lancaster's latest find has puzzled relatives and the MH17 Foundation, who are calling for any outstanding remains to be handed over immediately to be identified and returned to the next-of-kin.

"The circumstances of the findings are a little suspicious," Piet Ploeg, the chairman of the foundation told AFP on Sunday.

The remains were found "exactly on the place where the joint investigation team has excavated the soil, and sifted it. It can't be possible on that place that there are a lot of human remains."

"It is curious," he said, adding "it seems like someone withheld human remains to release them now and then, and get publicity about it".

Malaysia Airlines flight MH17 from Amsterdam to Kuala Lumpur was shot down in July 2014 over war-torn Ukraine, killing all 298 people on board most of them Dutch.

An international investigation concluded the plane was hit by a Russian-made BUK missile transported across the border into Ukraine from Russia and fired from territory held by separatists pro-Russia rebels.

Ploeg's 58-year-old brother, Alex, is one of only two victims who has not yet been identified, and fresh videoed reports of new finds are painful.

"It's good when human remains return to the next-of-kin let's be clear about that. But playing games with them, is not good. That's bad behaviour from the journalists," Ploeg said.

"It's disrespectful to the victims and very difficult to see for the next-of-kin," he added, calling for anyone with remains to "please handle them with respect and hand them to the authorities and don't use any publicity." 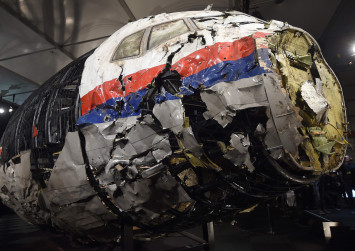 Lancaster did not immediately reply to an AFP request for comment.

Alex Ploeg died alongside his wife, Edith, and 18-year-old son Robert. His two daughters had not joined them on the holiday trip, and survived.

"We had a funeral with two coffins and one photo … we didn't have a funeral for my brother as we can't say goodbye to his remains. That's very strange. It's very painful," Ploeg said.