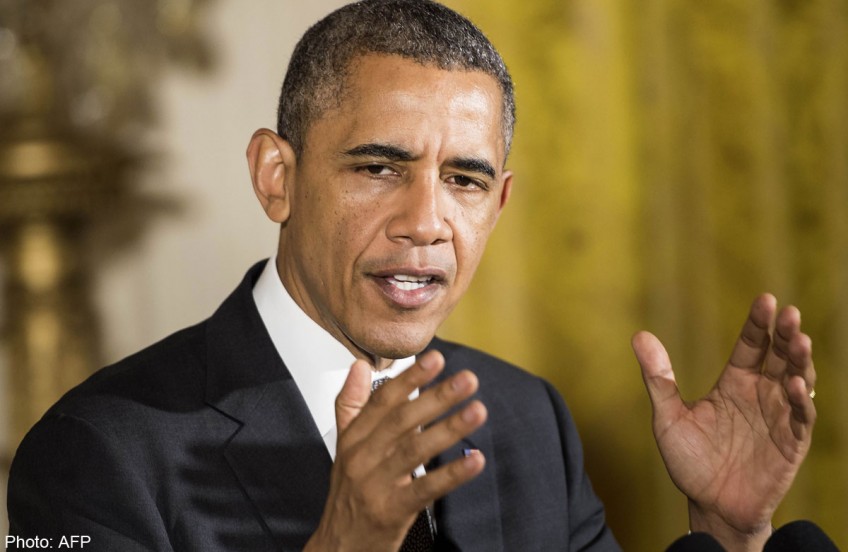 WASHINGTON - The United States called Thursday for an "immediate ceasefire" in Ukraine to ensure a proper investigation into a Malaysian airliner apparently shot down over the country's rebel-held eastern region.

President Barack Obama earlier joined stunned world leaders in calling for a "credible and unimpeded" international inquiry to determine the causes of a disaster with the potential to further fan the flames of the worst East-West crisis since the Cold War.

"It is critical that there be a full, credible and unimpeded international investigation as quickly as possible," White House spokesman Josh Earnest said in a statement.

"We urge all concerned - Russia, the pro-Russian separatists and Ukraine - to support an immediate ceasefire in order to ensure safe and unfettered access to the crash site for international investigators and in order to facilitate the recovery of remains." He noted that international organisations such as the United Nations and the Organisation for Security and Cooperation in Europe had a "particularly relevant" role to play as the international community tries to chart the best way forward.

"In the meantime, it is vital that no evidence be tampered with in any way and that all potential evidence and remains at the crash site are undisturbed," Earnest said.

The spokesman noted that Washington was ready to assist an international probe into the accident, offering help from the FBI and National Transportation Safety Board.

While Earnest stopped short of blaming Moscow for the incident, he said the ball was in Russia's court to defuse the tensions in neighbouring Ukraine's escalating civil war.

"While we do not yet have all the facts, we do know that this incident occurred in the context of a crisis in Ukraine that is fueled by Russian support for the separatists, including through arms, materiel and training," the spokesman said.

"This incident only highlights the urgency with which we continue to urge Russia to immediately take concrete steps to de-escalate the situation in Ukraine and to support a sustainable ceasefire and path toward peace that the Ukrainian government has consistently put forward."