A section of the Malaysia Airlines flight MH17 wreckage in which 298 people died.

For the past eight years, families of the passengers and crew of Malaysia Airlines flight MH17, shot down by pro-Russian rebels over Ukraine on July 17, 2014, have been rebuilding their shattered lives.

The pain of their loved ones' deaths, when they fell from the skies onto fields of sunflowers, was slowly easing.

But when Russia invaded Ukraine on Feb 24, images of innocent Ukrainian civilians killed by Russian bombs and guns burst open old wounds, reigniting the senselessness of the deaths of 298 people aboard flight MH17.

With Russia intensifying fighting in eastern Ukraine, including the Donetsk region where the wreckage of MH17 was found, Indonesian Enny Nuraheni is transported back to the time her sister Ninik Yuriani died.

"I once again could see the burning wreckage and feel the pain … while in recent years, I was beginning to forget and the hurt was slowly fading," said Enny, a former chief photographer for Reuters Jakarta who has covered many disasters and conflicts during her career.

"Russia is most evil. They killed my sister and so many other passengers who had nothing to do with its conflict, and now they are killing innocent civilians in Ukraine in a very unfair war where Russia is much stronger than Ukraine," Enny said.

Her sister Ninik, 57, worked in Eindhoven city in the Netherlands and was returning to Indonesia to celebrate Eid with the family.

Ninik was a cashier at a pastry shop who never hesitated to pay the balance of the bills for old people, children and students who did not have enough money and were hungry.

When reproached by her boss that she might lose all her money, Ninik said she was not afraid of "becoming poor" and that "I will never be poor", Enny recalled.

"That's what I love and miss most about my sister, her generosity and kind, big heart. She was greatly loved in the Netherlands. We were left only with the ashes of her bone fragments," Enny said.

The prolonged war, which enters its sixth month, has sent food prices soaring, causing hardships to families who lost their livelihoods when their spouses died.

Mariam Yusof, widow of MH17 pilot Captain Wan Amran Wan Hussin has been struggling ever since her husband died and has been living off what is left of her savings to pay for household bills, debts and education expenses for her two sons.

Mariam wants Russia "to take responsibility for the three Russian men" standing trial at The Hague in connection with the downing of flight MH17.

The three Russians and a Ukrainian have been charged with murdering 298 passengers and crew, and bringing a missile into eastern Ukraine. The Russians are Igor Girkin, Sergei Dubinsky, Oleg Pulatov and the Ukrainian is Leonid Kharchenko.

"Eight years have passed and maybe people have forgotten about MH17. But the Russia-Ukraine war that has destroyed infrastructure and caused deaths without an iota of sympathy for the Ukrainians has once again highlighted MH17," Mariam said.

"It [is] our hope that Russia takes responsibility for the cruel and oppressive act of its three citizens … [and] pays compensation to all next of kin of MH17, so that we can survive. Have some sympathy for us," she said.

Mariam also appealed for help from the Malaysian government.

"Please give some concern to our fate," she said. "We don't get any help from anyone and live frugally. My sons are growing and I need to pay for university and school fees and other expenses."

Piet Ploeg of the Netherlands lost his brother Alex, sister-in-law along with their son. No trace of his brother was ever found and he has long hoped to travel to the site of the crash in Donestk.

"It was a place I wanted to go to. It's where my brother lost his life. That was my hope. But with the war, that hope is now gone," said Ploeg, who is the chairman of the MH17 Disaster Foundation.

"The passengers and crew of MH17 are the first non-Ukrainian victims of Russia's war," Ploeg said. "We hope the court will convict them. It is justice for us to know who was responsible and it will make me feel a little better."

He has spent much of his time attending the MH17 trial where a verdict is expected to be delivered in November.

He said the verdict will answer three questions that are very important for the grieving family members. "Was it Russian or Ukrainian BUK missile, where did it come from? Is Russia responsible for the downing of MH17? What was the role of the four suspects," he asked. 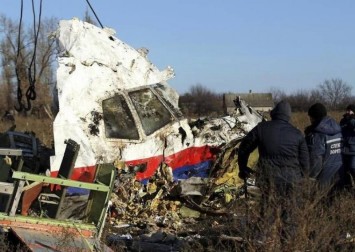 In November 2019, Anton suffered another blow. His beloved wife Hilda died of a "broken heart".

"My wife couldn't handle the loss. You could say she died of a broken heart. Now I am all alone," Kotte said. His wife said it was "not natural" for parents to outlive their children.

"I don't blame Russian people for anything. It's their government," said Kotte, adding that if ordinary Russians spoke out, they would suffer repercussions.

In recounting his loss, Kotte was also remembering his love. "We were married for 45 years. Yes, we had all that time together but I wished there were more years together," he said. Kotte and his wife were teachers who met at an education-training centre.

Kotte started the initiative to build the National Monument MH17, a vast expanse of green where 298 trees are planted in memory of all victims and where the MH17 commemoration will be held. The monument was opened on July 17, 2017.

Today, he fills his time with work at the MH17 Aircraft Disaster Foundation until such a time when he "could no longer do the work".