Migrants held in France after driver killed at Calais roadblock 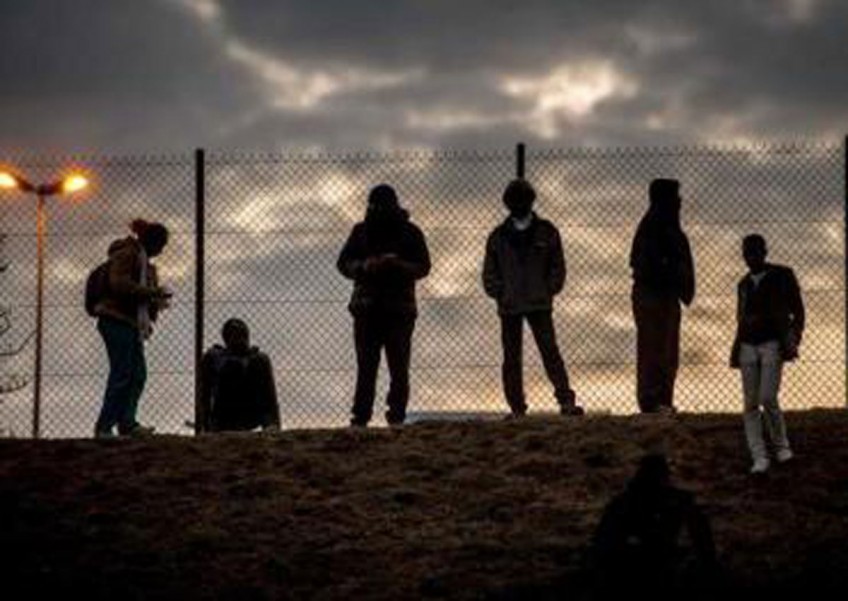 This file photo taken on July 31, 2015 shows migrants standing against a chain link fence inside the Eurotunnel site in Coquelles near Calais, northern France.
AFP

LILLE, France - A van driver was killed on Tuesday when he crashed into a tail-back on a motorway near the northern French port of Calais where migrants had blocked the way with tree trunks, a local government official said.

For years Calais has been a launching pad for migrants from the Middle East and Africa trying to reach Britain illegally.

Last year the French government shut down a makeshift camp known as 'The Jungle' that housed thousands of migrants, but large numbers have returned to the area.

Many of them congregate by motorways or along the rail line that goes though the Channel Tunnel, attempting to hide in the back of trucks or stowaway on trains.

"Nine Eritrean migrants found in one of the heavy goods trucks held up by the roadblock were arrested," the official from the Pas-de-Calais region said.

"They were taken into custody." The Polish-registered van burst into flames when it crashed into trucks halted at the spot at about 0145 GMT. The driver's nationality was not immediately known.

Migrants regularly try to stop trucks bound for Britain via Calais, throwing branches or other objects onto the roadways to slow or bring vehicles to a halt so that they can slip into the cargo-section and hide.

One police source said there had been an increase in such incidents in recent weeks.