The moment a faraway crisis hit close to home 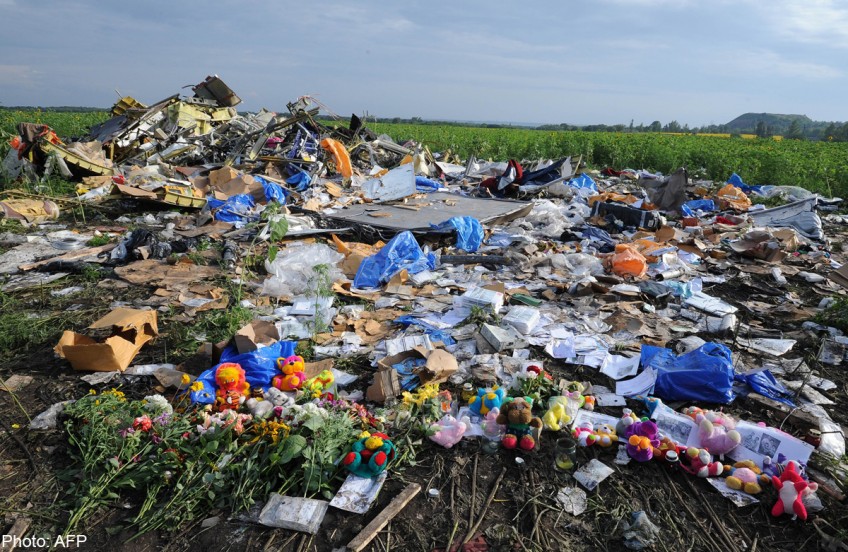 The Russian-Ukraine conflict had been far from our minds.

Sure, I knew it was happening and I would give news reports a cursory glance, but it never crossed my mind that it could hit so close to home.

Then MH17 went down.

Like many, I was shocked and dismayed, but work went on as usual and I looked for leads in order to tell the stories of the men and women who were on the ill-fated flight.

Then I received horrible news. One of my family members was among the 298 people killed.

My father's cousin was a flight steward on MH17.

The first thing I did was to take a second look at the names of the flight crew on the Internet.

My family immediately travelled up to Malaysia to be with his grieving widow.

We're all in this together.

Then suddenly, it dawned on me. My family member is a victim of a possible act of terror, or of war.

Terrorism and war - with all the images they conjure up - just don't feel like something which would affect our daily lives here in Singapore, where we enjoy relative peace and stability.

I am a crime reporter. My job involves seeking out the victims of accidents and crimes, so I am not exactly sheltered from the harsh(er) realities of loss each day.

But terrorism, or an accident caused by the confusion of a conflict half a world away?

Yesterday's news was a wake-up call.

And I wouldn't be surprised if more of us find links of kinship or friendship to people in the tragedy.

We're interconnected in this world, no matter how we get caught up in our own lives.

Now Mr Shaikh Mohd Noor is no longer just the name of a crew member in a faraway news event.

His name brings a foreign conflict far too close to home.