Almost half of the Americans surveyed in a new opinion poll said they considered China's growing economic power as a "critical threat" to the US.

It also found that only 41 per cent of Americans held a "favourable view" of China - a 12-point drop compared with the previous year and the lowest level recorded since Gallup's annual world affairs survey began seven years ago.

Gallup noted that the sharp decline followed "a year of escalating trade disagreements between the two nations", adding that US President Donald Trump "has long criticised China's trade policies, accusing the country of manipulating its currency and taking advantage of the US".

Last year these tensions spilled over into an outright trade war and the two sides are still trying to negotiate a deal to bring it to an end and address US accusations that China is engaging in a range of unfair trade practices such as forced technology transfers and intellectual property theft. 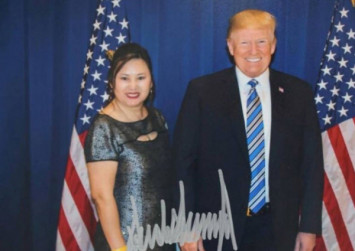 Results showed that 46 per cent of Americans believed China's economic power represented a "critical threat", up from the 40 to 41 per cent recorded between 2015 and 2018.

However, this figure was still below the 52 per cent registered in 2013 and 2014 - a period when China's economy was rapidly expanding.

Gallup's annual world said that Americans' opinions of foreign countries have primarily gone down over the past 12 months.

"Countries that experienced declines in favourability did so because of friction with the US," the company said.

Countries such as Venezuela, Russia, Iran and North Korea were all viewed more unfavourably than China, whereas long-standing American allies such as Canada, Britain, Japan and Germany were seen in the most positive light.

"Americans' ratings of other countries have historically been sensitive to the news about US relations with these counties - with China and Russia providing clear examples of how Americans' ratings have been good or bad over time in response to events."

Shen said that "reaching a trade deal with the US would help ease Americans' anxiety about China, but it would not be enough because of the ongoing, wide-ranging discord".

But he said that negative American perceptions of China "could be avoided" if Beijing "kept a modest and low profile" and avoided posing a direct challenge to the US.