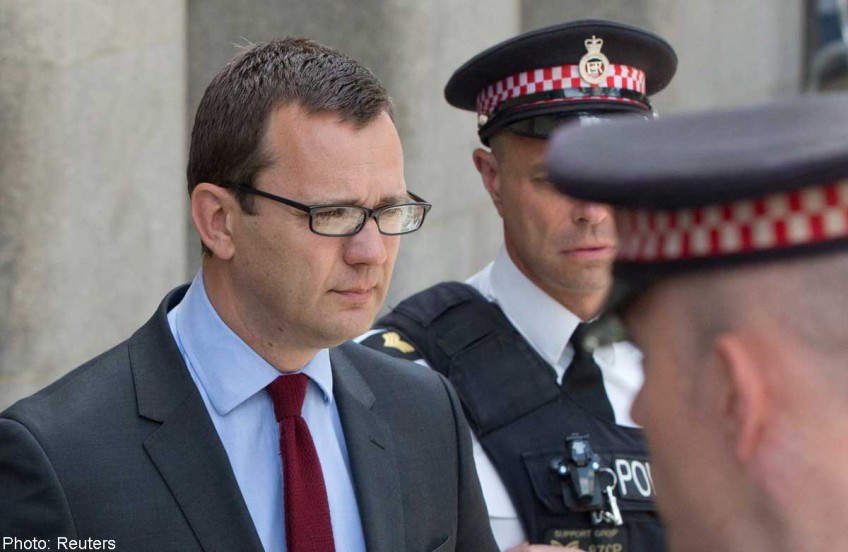 Former editor of the News of the World Andy Coulson leaves the Old Bailey courthouse in London June 25, 2014.

LONDON - Mazher Mahmood, a British journalist known for his undercover work posing as a "fake sheikh", was suspended by Rupert Murdoch's Sun newspaper on Monday after the collapse of a celebrity trial in which he was a main witness.

His suspension comes just weeks after the editor and senior journalists from a now-defunct Murdoch tabloid were jailed for their part in a phone-hacking scandal which led to demands for action over the "dark arts" of Britain's aggressive tabloid press.

Mahmood, well-known for revealing wrongdoing amongst politicians, celebrities and even royalty, had given evidence in the trial of Tulisa Contostavlos, a former judge on the British version of the "X Factor" TV talent show.

She had denied being involved in the supply of drugs to Mahmood while he posed as a film producer, but her trial collapsed on Monday, with the judge saying he suspected the reporter had lied to the court. "The Sun, of course, takes the judge's remarks very seriously. Mr Mahmood has been suspended pending an immediate internal investigation," a spokesman for the newspaper said.

Mahmood previously worked for Murdoch's News of the World tabloid which the media mogul was forced to shut in 2011 when it was disclosed journalists had hacked voicemails on mobile phones of thousands of people, including that belonging to a murdered schoolgirl, to find exclusive stories.

That led to a public inquiry into press ethics and demands for reform. Earlier this month, the paper's former editor Andy Coulson and two other senior journalists were jailed for the hacking scandal following an eight month trial.

Mahmood carried out the inquiry which led to the 2011 conviction of three Pakistani cricketers for taking bribes to fix incidents in a match against England.

In his most famous exclusive in 2001, he posed as an Arab sheikh to dupe Sophie, Countess of Wessex, who is married to Queen Elizabeth's youngest son Prince Edward, into making indiscreet comments about other members of the royal family and senior politicians.

Contostavlos, who found fame in Britain as a singer with the hip-hop act N-Dubz, said his "entrapment" tactics should be outlawed. "We have now succeeded in exposing the real culprit and most importantly the real liar," she said outside London's Southwark Crown Court. "I urge both police and News UK to investigate Mazher Mahmood and his team and to put an end to his deceit in pursuit of sensational stories for commercial gain." Despite suspending Mahmood, the paper said it stood by the way in which the story was investigated. "We are very disappointed with this outcome, but do believe the original investigation was conducted within the bounds of the law and the industry's code," its spokesman said.