A mystery object has been sending a radio signal from space. No, it's not aliens

Astronomers have discovered a mystery object in the sky that was sending out a beam of radiation every 20 minutes – an unusual pattern that has not been seen before.

But the scientists said it was not aliens sending signals to Earth. It was probably a magnetar – a neutron star with an extremely strong magnetic field – or the collapsed remnant of a star known as a white dwarf.

The team in Australia and China published their findings in the peer-reviewed journal Nature on Thursday (Jan 26). Their analysis is based on observations taken by the Murchison Widefield Array (MWA), a low-frequency radio telescope located in Western Australia, far away from cities where phones and other devices can cause radio frequency interference.

Lead researcher Natasha Hurley-Walker, an astrophysicist at the Curtin University node of the International Centre for Radio Astronomy Research, said the object was about 4,000 light years away, which she described as “quite close to us” and “in our galactic backyard”.

“A repeating radio signal from space – I was concerned that it was aliens,” she said. “But what’s really good about these observations is that they are over a very wide frequency range, and so are these pulses … It is across a very wide range of frequencies, and that means it must be a natural process – this is not an artificial signal.”

Astronomers call objects that turn on and off in the universe “transients”. Understanding them would allow exploration of extreme physics, like the intersection between quantum mechanics and general relativity, according to Hurley-Walker.

“Radio transients come and go. Once they’ve appeared and then disappeared, if you don’t have enough observations, you can’t work out what the object was,” she said.

“That’s a shame because we would really like to understand what’s generating these kinds of things, which often come from very high energy processes in the universe.”

By going through the MWA archive of observations since 2013, the scientists found 71 pulses from this source in the period from January to March 2018.

Hurley-Walker said the periodicity of the pulses had not been observed before in astronomy. “This source appears and disappears really regularly like clockwork. It switches on, and then it switches off. And every 20 minutes, it repeats,” she said.

The object is also one of the brightest radio sources in the sky and smaller than the sun, emitting highly polarised radio waves, which suggests it has an extremely strong magnetic field, according to the team.

“We only know of one white dwarf pulsar, and nothing as bright as this. These observations are allowing us to probe really extreme physics in our universe,” Hurley-Walker said.

She said the team was monitoring the object with the MWA to see if it switches back on, and if similar objects are detected they will be able to tell if it was a one-off event or if it is a vast new population that has not been noticed before. 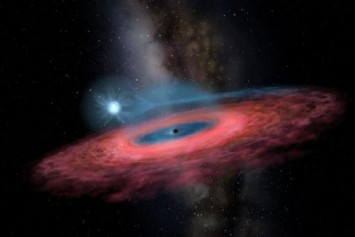 Co-author Steven Tingay, executive director of the Curtin Institute of Radio Astronomy at Curtin University, said the discovery was made possible by being able to look back at the MWA’s massive data set, which is unique in astronomy.

“[The MWA was] able to collect and store about a decade’s worth of data, which is about 40 petabytes – the equivalent of streaming Netflix 24/7 for about 2,000 years,” he said. “That was a key capability in putting these data in front of people [astronomers working on the project] who were able to look at it in a different way.”

To process all that data, the workload was shared between supercomputing units in Australia and a Chinese computer cluster known as the Square Kilometre Array , according to another co-author, Xiang Zhang with the Shanghai Astronomical Observatory, a partner institution of the MWA project.

“In our project, the amount of data is huge,” he said. “There were millions, if not tens of millions, of images we created – that would be a burden for a single supercomputer cluster.”