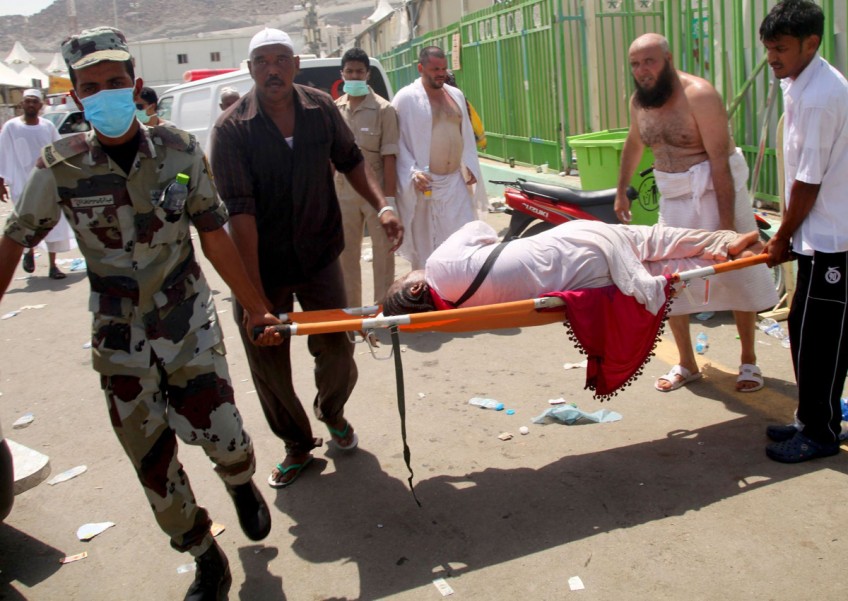 Hundreds were killed and wounded in a stampede in Mina, near the holy city of Mecca, at the annual hajj in Saudi Arabia on September 24, 2015.
AFP

DUBAI - The death toll from last month's hajj stampede has risen to at least 1,958, according to tallies given by foreign officials, making it the deadliest incident in the pilgrimage's history.

Saudi Arabia has yet to provide an updated death toll after saying 769 people died in the tragedy near Mecca, home of Islam's holiest sites.

Saudi authorities have also not issued a breakdown by nationality or a toll for any casualties among its own nationals.

Many Muslim pilgrims have still not been accounted for following the September 24 stampede at the hajj, one of the largest annual gatherings in the world.

But foreign governments have provided numbers on pilgrims killed from their countries.

An AFP tally from more than 30 countries shows the death toll has overtaken the 1,426 pilgrims who died in the hajj's worst previous incident - a tunnel stampede in July 1990.

Here is a breakdown of the dead from foreign governments: