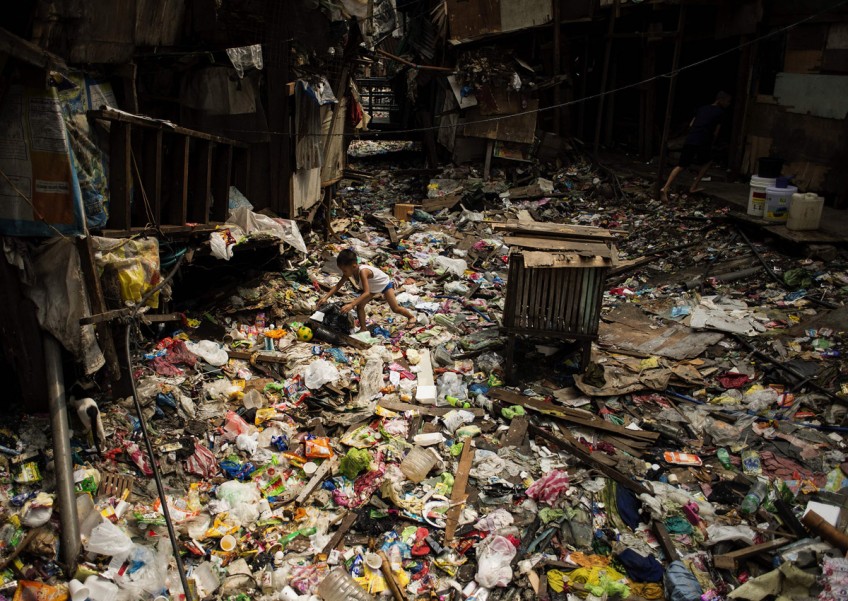 A boy walks on a garbage filled creek to get his ball in Manila on September 22, 2017.
AFP

MANILA - Global food and beverage giant Nestle vowed Tuesday (Sept 26) to address allegations by Greenpeace that it was polluting the world's oceans with cheap plastic packaging for its Philippine products.

In a report released in Manila last week, the environmental group tagged the Philippines as the "third-worst polluter into the world's oceans" after China and Indonesia.

It blamed this on the use by Western consumer giants including Nestle of cheap disposable plastic to package everything from coffee and chips to shampoo and toothpaste.

These low-value and single-use sachets, aimed at poorer consumers, are not recyclable and usually end up in landfill or as litter or marine debris, according to Greenpeace.

"We welcome continued discussions with Greenpeace, including the sharing of any resource or existing research that Greenpeace may provide on more efficient packaging solutions," said a Nestle statement.

It said it was working "with stakeholders to improve recycling and recovery rates" and encourage consumers to dispose of waste plastic properly.

However, a Greenpeace spokeswoman has told AFP the company's solutions presented at the meeting were at odds with the movement's campaign for a complete ban on single-use plastics in favour of refillable containers.