Netanyahu gets go-ahead to form Israel's next government 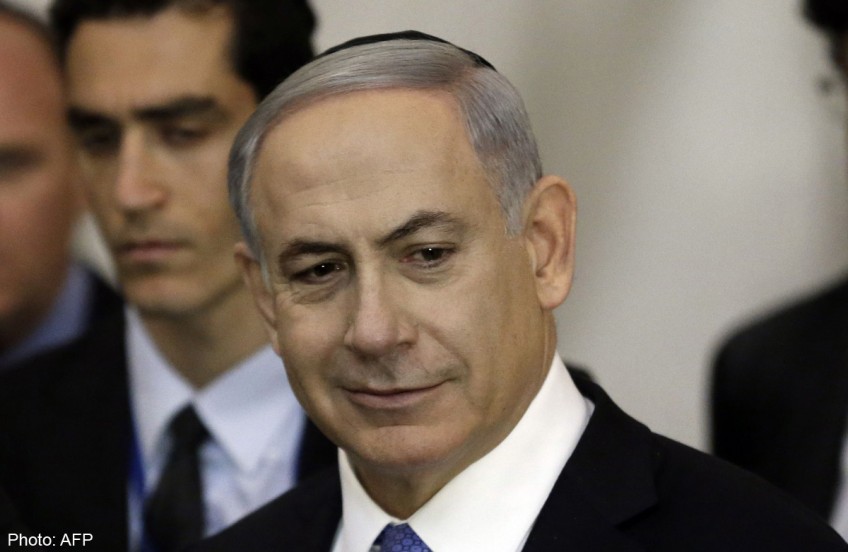 The surprise victor of a March 17 election, Netanyahu looks well set to assemble a heavily right-leaning cabinet that will control 67 of parliament's 120 seats - a large majority in a country where no one party has ever been able to rule by itself.

President Reuven Rivlin had some uncharacteristic criticism of Netanyahu as he went through the formality of handing him a mandate to establish a new government, having verified with party leaders that a majority supported him.

He said Netanyahu faced some "critical tasks," and the first among them was "improving relations with the United States."

Rivlin also criticised Netanyahu's election day jibe that Arab-Israeli voters were being bussed to the polls "in droves".

"How awful would it be, if the democratic duty to vote were be seen as a curse? One who is afraid of votes in a ballot box will eventually see stones thrown in the streets," Rivlin said.

Netanyahu, accepting the mandate that gives him six weeks to form a new coalition, said he sought peace with the Palestinians and pledged his new government would safeguard democratic rights for Israelis "regardless of race, religion or gender", as well as taking steps to cut living costs.

Two far-right parties - Jewish Home, which won eight seats, and Yisrael Beitenu, with six - have pledged their support for Netanyahu in consultations with Rivlin.

In addition, centrist Kulanu, with 10 seats, ultra-Orthodox Shas, with seven, and United Torah Judaism, with six, have also backed Netanyahu, whose Likud has 30 legislators of its own.

Although the horse trading for cabinet positions has yet to start, Likud announced that Netanyahu will name Kulanu's leader, Moshe Kahlon, as the next finance minister, replacing the centrist Yair Lapid, who has refused to join the new government.

Kahlon, a former Likud member, focused his newly-founded party's campaign on promises to reform the housing and banking sectors and bring down real estate prices, which have doubled since 2007.

A Likud team is due to begin bargaining sessions with its prospective coalition partners on Thursday, but the government-building process will compete for headlines in Israel with the worst crisis in US-Israeli relations in decades.

Netanyahu's pre-election promise that there would be no Palestinian state on his watch and his comments about Arab voters further aggravated his testy relationship with US President Barack Obama, who has dismissed his subsequent attempts to backtrack.

Obama was already furious after Netanyahu accepted an invitation from the Republicans to address Congress earlier this month, where the Israeli leader attacked a potential nuclear deal between world powers and his arch foe Iran.

The Democrat president has since said that Washington would "reassess" its relations with Israel, which receives some $3 billion a year in military aid from the United States.

One of Kahlon's first tasks will be to pass a budget for 2015 and 2016, as the country has been operating since the start of the year without a new financial programme.

Shas and United Torah Judaism are expected to pursue a narrow agenda to benefit their own largely poor religious sector, leaving Likud and the ultra-nationalists as the main players on hot-button matters such as Iran's nuclear programme and peace with the Palestinians.

Tzachi Hanegbi of Likud, deputy foreign minister in the outgoing government, predicted a slow path to a coalition, with far-right partners likely to lobby for top cabinet posts, such as defence and foreign affairs.

"It will take time. It will demand nerves of steel from all sides, particularly from the prime minister," he told Israel Radio.