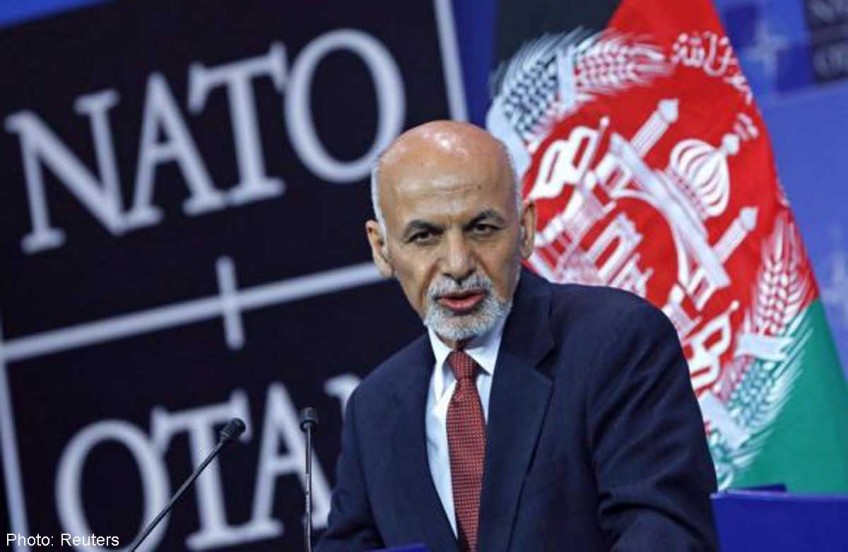 WASHINGTON - Afghanistan's new president, Ashraf Ghani, warned US lawmakers on Wednesday of the "terrible threat" the Islamic State poses in Asia, and said the militant group is already sending fighters to his country.

In a speech to a joint meeting of the US Senate and House of Representatives, Ghani said Afghanistan owes a "profound debt" to the thousands of US troops killed and wounded in the war that began after the Sept. 11, 2001, attacks.

Ghani, who became president last year, has been feted in Washington during a five-day trip to the United States seeking to repair ties frayed under his predecessor, Hamid Karzai.

His address came as Congress debates defence spending and other areas of the US budget. Lawmakers also are considering President Barack Obama's request for authorisation of his military campaign against Islamic State, which has met stiff resistance on Capitol Hill.

"Silence is not acceptable," he said.

As Ghani visited Washington, six people were killed in a suicide bombing near his palace in Kabul, which is on high alert ahead of the expected Taliban spring offensive.

Ghani called national reconciliation a "pillar" of his government. He said Taliban members could find their way back into Afghan society, if they agreed to respect the constitution.

"The Taliban need to choose not to be al Qaeda, and be Afghan," he said.

Ghani met Monday at the Camp David presidential retreat with top US officials, who said Washington would fund Afghan security forces at least into 2017.

On Tuesday, Obama said he would maintain a force of 9,800 in Afghanistan this year while sticking to a 2017 exit plan.

"In this decade we will," he said, in one of the biggest applause lines of his speech.