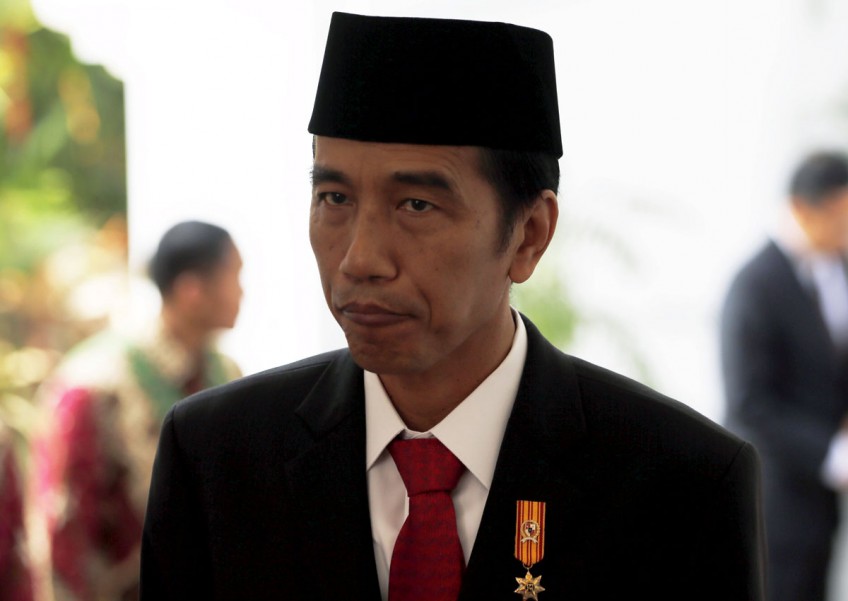 Consolidation and continuity will likely be the order of the day for the Obama administration when Indonesian President Joko "Jokowi" Widodo comes calling next week.

Though this marks the maiden United States visit for the Indonesian leader, Washington analysts said the White House will not be looking for any significant new commitments from Jakarta.

Rather, it will look to build on old agreements, like the comprehensive partnership signed by Mr Joko's predecessor, Dr Susilo Bambang Yudhoyono, in 2010.

The two sides will be keen to deepen the relationship across a broad sweep of areas - from trade and investment to defence co-operation and climate change.

And they will likely also look for more person-to-person contacts, even as the US will want to continue encouraging economic reforms in Indonesia.

Mr Joshua Kurlantzick, senior fellow for South-east Asia at the Council on Foreign Relations in Washington, told The Straits Times that he does not foresee substantial new agreements, especially when there remains much work to be done to bolster existing ones.

"I'm not sure there will be any more agreements. The comprehensive partnership that was signed five years ago has still not really been totally fleshed out, and the job is mostly to put more components to that, and to make them actually be put into practice," he said.

He added that while the coming visit may play a role in setting the narrative for the US-Indonesia ties going forward, that narrative is not going to be vastly different from the current one.

"I think the US would just like the narrative that has been set at previous meetings to actually be put into place - the narrative being that the US and Indonesia are going to build a closer strategic relationship..."

Still, there had been talk in the lead-up to the visit of some low-key deliverables, like a new ministerial-level dialogue mechanism and a memorandum of understanding on maritime co-operation.

The maritime issue offers perhaps the best opportunity for beefing up ties, especially given Mr Joko's declared vision of a "maritime nexus", where Indonesia asserts itself as a force between the Indian and Pacific oceans.

Said Mr Murray Hiebert, deputy director of the Sumitro Chair for South-east Asia Studies at the Centre for Strategic and International Studies: "The US is looking to capitalise on Jokowi's emphasis on a maritime nexus, which should provide opportunities for more co-operation on maritime domain awareness to monitor China's increased assertiveness in the South China Sea and monitor the activities of pirates operating in Indonesian waters."

If there is one area of concern the US could raise with the Indonesian leader, it is the perception that the Jokowi administration has become overly insular, halting the country's emergence under Dr Yudhoyono as an international actor.

As Mr Brian Harding of the Centre for American Progress recently wrote in a commentary for the think-tank: "This (narrowing of Indonesian foreign policy) has come at a time when progress towards a diplomatic solution to the South China Sea dispute and the Rohingya migrant crisis necessitate more ASEAN cohesion, making Indonesian leadership more important than ever. "

Instead, he said, Mr Joko "has explicitly downgraded the importance of ASEAN in Indonesian foreign policy and refused to call Indonesia's leadership in ASEAN its top foreign policy priority, as it had been in the past".

The change has certainly caught the attention of the likes of Australia, whose foreign minister, Ms Julie Bishop, recently urged the US to address Mr Joko's foreign policy when he is in town.

Speaking during her recent visit to the US, she said Mr Joko's "focus has been unapologetically domestic, but there have been some instances of more nationalistic behaviour or more protectionist behaviour by the administration than perhaps we had expected...

"So here is an opportunity for the United States to impress upon President (Joko) the benefits of open, liberal, democratic values and engaging the global order."