Fugitive Malaysian financier Low Taek Jho - the man believed to be at the heart of the 1Malaysia Development Berhad (1MDB) scandal - is being investigated by the United States Department of Justice (DoJ) over a political donation linked to President Donald Trump.

However, Malaysian observers believe this will not help speed up the process of bringing Low to justice.

Citing people close to the matter, The Wall Street Journal claimed that Low - popularly known as Jho Low - donated US$100,000 (S$136,000) to the Trump Victory committee in 2017. The committee is involved in aiding Trump's re-election efforts, and is headed by US citizen Larry Davis who also heads Hawaii-based investment company LNS Capital, according to the report.

The Journal attempted to contact Low for comment by email. Low denied any knowledge of the donations or of Davis, although in a follow-up email three minutes later he asked the Journal to ignore his message as it had been sent by accident and was intended to be to his lawyers.

The US authorities are attempting to find out if Davis' donation to Trump Victory was financed by a US$1.5 million transfer from Low to LNS Capital seven months earlier. 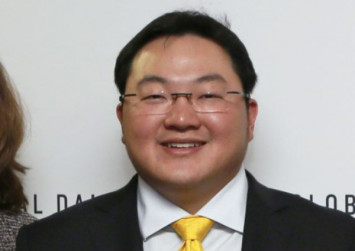 It is a federal offence in the US for foreign individuals or companies to make direct or indirect donations to politicians or fundraising committees, a rule put in place to stop foreigners influencing American politics.

Low, who is believed to be hiding out in China, is being actively sought by the authorities of several countries, including Malaysia. However, the Malaysian inspector-general of police last week said it was "not definitive" that Low was in China.

It is believed that Low was the mastermind behind the scandal that saw billions siphoned out of Malaysian sovereign wealth fund 1MDB, some of it winding up in the personal bank accounts of the country's now-deposed premier Najib Razak, who is facing multiple corruption charges.

The DoJ believes US$4.5 billion was misappropriated from 1MDB, and some US$700 million of that found its way into Najib's accounts - funds he claimed were from Middle Eastern donors.

The rest was pumped into star-studded parties attended by the likes of Jamie Foxx and Paris Hilton, the purchase of a superyacht, artwork by van Gogh and Monet, and funding the film The Wolf of Wall Street.

Najib has maintained his innocence, saying he would never condone using state funds to purchase "yachts and paintings" and that Low served as an adviser and a go-between for Malaysian and Middle Eastern royalty because of his "special relationships" with Saudi Arabia's monarchy.

Last November, the DoJ charged Low in absentia along with former Goldman Sachs bankers Roger Ng and Timothy Leissner, both of whom have been banned from the industry by the US Federal Reserve for their part in the 1MDB scandal.

Low was also charged in absentia in Malaysia for multiple counts of money-laundering.

However, experts say the latest DoJ probe will not expedite attempts to retrieve Low so he can stand trial, nor will it further strain relations between the US and China against the backdrop of a trade war.

"There'll be very little impact," said Dr Ngeow Chow Bing of University Malaya's Institute of China Studies. "US-China relations are structural, not likely to be affected by the donation of an individual."

Political analyst James Chin of the University of Tasmania's Asia Institute said the DoJ's probe into Low was less to do with the embattled financier, and more to do with "US government action against Goldman Sachs for the way in which they helped facilitate the [1MDB] scam".

"The DoJ investigates a lot of people so this isn't a big deal. It will, however, be a big deal if he is found in China as the Chinese have said they don't know where he is." 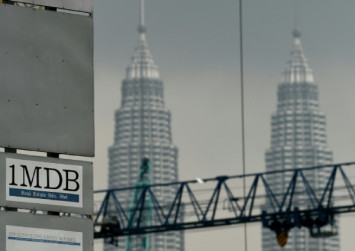 Prominent Malaysian-American economist Woo Wing Thye, who heads the Malaysia-based Jeffrey Cheah Institute on Southeast Asia, said the alleged funding was part of Low's modus operandi to "[make money] off the gullible by impressing them with the image that he is a friend of some rich and powerful people".

"Trump is a well-known brand, exactly the sort of person Jho smarms up to. No one needs to tell Jho to throw money and women at Trump if Jho gets within flinging distance."

The Journal report, Woo said, would not turn up the temperature on the US-China relationship.

"There is no evidence that the Chinese told Jho to be the conduit of bribes to Donald Trump. Would the Chinese use Jho to handle the money when he is so well-known for his sticky fingers? The Chinese would have just as much reason to bribe Trump as to bribe Hillary Clinton. The sensible action is to pass money to both so that China is always with the winner."

Meanwhile, one of several high-end public relations firms contracted by Low to repair his reputation, Wells Haslem Mayhew, released a statement from Low's lawyer denying the Journal's allegation and calling it "without basis".