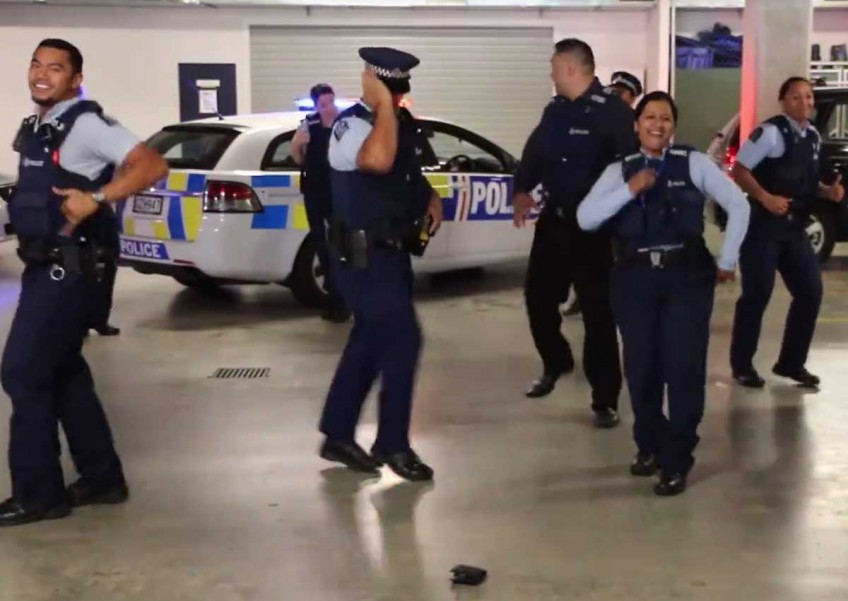 The running man challenge is a social media craze in which people video themselves dancing to the 1990s hit My Boo by the Ghost Town DJs, and challenge others to do the same.

The 37-second video of North Island police performing the dance in an Auckland carpark was posted Tuesday on the force's Facebook page.

In less than 24 hours it had 4.8 millions hits, more than the entire population of New Zealand.

"It's about showing police having fun and building trust and confidence," said spokeswoman Shelley Nahr, who helped organise the video.

"Most of the staff in the video were either at a training day or came in on their day off to help." The police said when clicks on other websites such as YouTube were included, the video had attracted staggering viewing figures of more than 11 million.

"We catch people on the run every day, this was a new #runningmanchallenge for our team," the original post said, calling on 10 other police forces around the world to take up the challenge.

The NYPD was the only force to have responded positively to the Kiwi call by Wednesday, with officers dancing to a backdrop of the Brooklyn Bridge.

The Isles of Scilly police - a tiny force off the English coast with a huge social media following - said its five officers and cat would not be dancing.

"Our combined age on this small rock in the Atlantic (including feline years) is over 300. Ours is not to dance or body pop," it posted on Facebook, adding it preferred "levity in the medium of cake".