Is New Zealand quietly closing its doors to immigration?

New Zealand's image as a welcoming, inclusive country seems to have emerged largely unscathed from the mass shootings in Christchurch last month, but visa statistics reveal that the current government is beginning to fulfil its election promise of reducing the number of new long-term migrants.

The official target for residency approvals was set at 45,000 just under two years ago, yet figures from Immigration New Zealand show that such approvals have declined by about 30 per cent since 2016.

Unlike neighbouring Australia, which simply abolished one of its visas for skilled foreign workers about a year ago to tighten immigration controls, Wellington has moved more stealthily.

Since 2016, a string of small regulatory tweaks - including a tightening of the points-based immigration system; the "temporary" closure of some visa categories such as the parent visa, which was popular among Chinese; new minimum income thresholds; stricter money laundering compliance; and more rules on property ownership - have made it harder to gain residency in the country. Immigration New Zealand has also closed, or is in the process of closing, 12 of its 17 offshore processing centres, such as those in Hong Kong, Shanghai, Ho Chi Minh City and Jakarta. By nationality, residency approvals for Chinese, Indian and Filipino applicants are all down about 40 per cent from their peak in late 2015.

Several visa types, such as the entrepreneur visa, are now described by immigration consultants as almost impossible to obtain, while even partnership visas are harder to come by, with the rejection rate doubling over the past year amid concerns about fake relationships.

But this decline in approvals could also be attributed to fewer applications, as the actual number of residency rejections over the last year was at a near historical low.

This has resulted in major shortages of skilled workers, which employers and industry groups are now pressuring the government to fill, according to Paul Spoonley, a professor of sociology at Massey University who specialises in immigration and diversity.

Reversing the trend would require Wellington to loosen its immigration rules, however. Michael Reddell, a former economist at the Reserve Bank of New Zealand and independent policy expert, said this is politically risky as it "would reawaken the debate about the relatively low-skilled nature of much of New Zealand immigration". Changes made to New Zealand's points-based immigration system in 2017 effectively blocked many low-skilled and lower-income applicants. 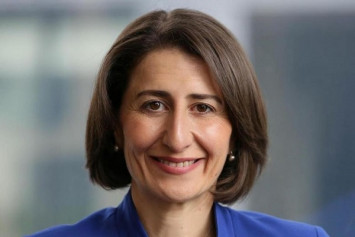 In the weeks since the Christchurch mosque attacks though, the country has counter-intuitively seen an uptick in the number of people applying for residency, according to Immigration New Zealand.

Much of the interest has come from the US, where Prime Minister Jacinda Ardern's handling of the fallout was widely praised and news of the swift implementation of strict new gun laws was welcomed by the likes of presidential candidate and Democrat, Bernie Sanders. A national remembrance service for victims of the mosque attacks was held in Christchurch Photo: Reuters

​​​​​​​One 36-year-old marketing consultant who recently applied for residency said Christchurch "came as a shock, but it hasn't changed our plans", adding "the event was tragic, but we were impressed by the quick actions the government took to strengthen gun control".

Others, such as Masaki Kataoka, a visiting researcher with the Japan External Trade Organisation in Christchurch, praised the message of inclusivity that Wellington broadcast in the wake of the attacks.

"There were so many people at the memorial, it was hard to estimate the actual number," he said. "Social bonds between people and an awareness of respect for diversity have become stronger as a result of the event. This is due to the well-balanced response involving a call for unity and general lack of aggressive tone in criticising discrimination."

Not everyone was impressed by Ardern's response, however. UK-based Muslim activist and writer Mariam Khan accused the prime minister of trying to dominate the news cycle at the expense of the victims, while a long-standing Japanese expat's blog about racial prejudice in New Zealand criticised her decision to wear a hijab as "Islamic cosplay reeking of hypocrisy."

Spoonley, the sociologist, said the country is experiencing "heightened sensitivity" to discrimination at the moment as the terrorist attack "has given voice to immigrant experiences of racism".

And the question of what an appropriate level of immigration should be for a country with a population of fewer than 5 million remains.

Reddell, the economist, said New Zealand has accepted more immigrants per capita than any other country in the Organisation for Economic Cooperation and Development during the last 20 to 25 years, which "has reduced per capita incomes and productivity".

Landowners in Auckland and other urban centres have benefited from a huge jump in real estate values over the past decade as housing supply has failed to keep up with new arrivals of up to 70,000 per year.

But the net worth of the bottom 40 per cent of households in the country has not increased in the last three years, according to Statistics New Zealand. "Individual migrants of course have benefited, which is great for them, but [immigration] policy should be focused on lifting productivity and incomes for all New Zealanders," said Reddell.