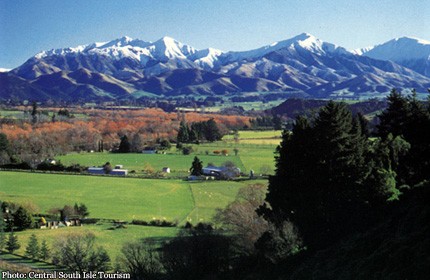 WELLINGTON - New Zealand on Wednesday threw out plans to bore an 11 kilometre (seven mile) road tunnel into a World Heritage-listed area, saying the environmental cost was too high.

A private company wanted to build the tunnel through the South Island wilderness to slash driving times for buses carrying tourists from Queenstown's ski fields to the pristine Milford Sound by five hours.

But Conservation Minister Nick Smith said he had rejected the so-called Milford Dart tunnel on environmental and safety grounds.

"I am declining the application," he told reporters.

"National parks are special places and there are few as spectacular as the Mount Aspiring and Fiordland national parks."

Smith said constructing the tunnel would have involved dumping 500,000 tonnes of debris into the national park and impacting the Routeburn Track, one of New Zealand's most famous hiking trails.

He also expressed doubts that such a long tunnel could be built for its stated budget of NZ$180 million (S$178 million).

"My worry is that corners would be cut on the safety of the tunnel... or the cost of the project would mean it would fail and the government would be left with liabilities," he said.

The company behind the proposal, Milford Dart Limited, could not be reached for comment. Smith said it was free to appeal his decision if it wished.

Environmentalists, who had opposed the project, welcomed the decision.