Nine Tunisia tourist victims were on a cruise 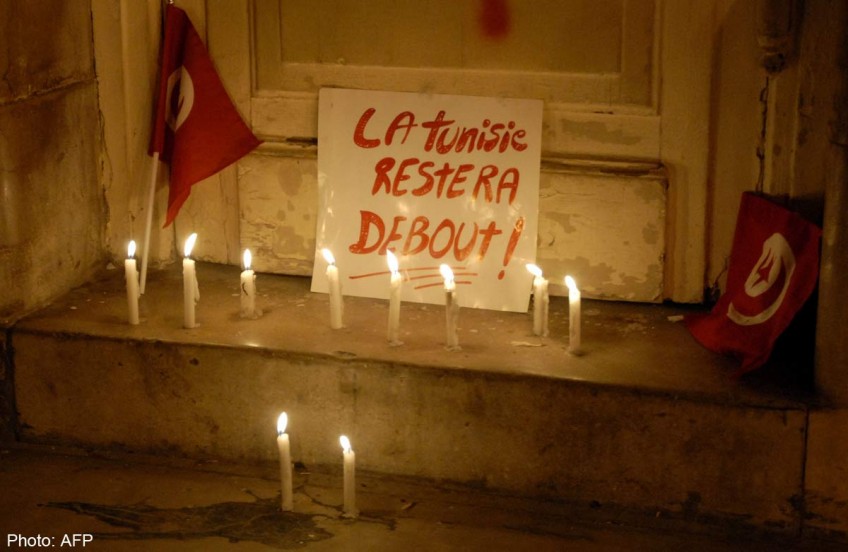 A picture taken on March 18, 2015 shows a placard reading in French "Tunisia will remain standing" during a rally organised a few hours after an attack on the National Bardo Museum in Tunis.

PARIS - Nine of the 17 tourists killed at a Tunisian museum on Wednesday were passengers on the MSC Spendida cruise ship, the tour company said on Thursday.

Twelve other passengers were injured in the attack, and six have yet to return to the ship, including two tourists from Spain and one each from Belgium, Britain, France and Japan.

The cruise ship had over 3,700 passengers when it arrived in Tunis, and was set to leave for Barcelona on Thursday.

Its owners said a special psychologist unit had been set up for passengers traumatised by the attack.

Seventeen foreign tourists and two Tunisians were killed on Wednesday when gunmen dressed in military uniforms opened fire at visitors as they got off a bus and then chased them inside the National Bardo Museum.

No group has claimed the attack, which lasted about four hours and also left more than 40 people wounded.