"Not on my watch": Martial arts expert stabbed in the neck while tackling London attackers

In the face of terror and chaos like that which shrouded London Bridge on Saturday night (Jun 3), not many would dare put themselves in danger to protect a stranger.

Yet that was exactly what journalist and martial arts expert Geoff Ho did when he saw two assailants attacking a bouncer in front of a tavern.

At the time, he thought he was only breaking up a fight, and was unaware that it was a terror attack. 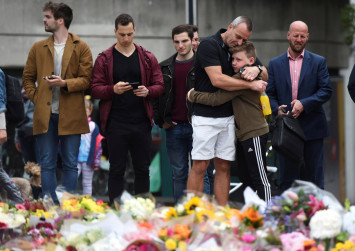 In the thick of the fray, Mr Ho, who is a business editor at The Sunday Express and specialises in Kung Fu and kickboxing, took a stab to his neck from a 12-inch butcher knife, reported The Express.

Footage of the scene afterwards showed Mr Ho walking towards an ambulance with a policeman, clutching his neck as blood flowed profusely from the wound. He was later admitted into intensive care in stable condition. While he is on the mend following surgery, he is still unable to speak.

Thank you every one for the best wishes. I got out of surgery yesterday and am on the mend.

In a Facebook post later, Mr Ho wrote, "Don't know whether it was stupid or noble to jump in and break up the fight outside the Southwark Tavern, but two a***s trying to do over the lone bouncer on the door isn't happening on my watch."

Other everyday heroes also came to the rescue in the wake of the destruction left by the three assailants, which left at least seven dead and almost 50 injured. 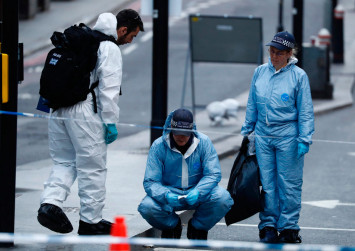 Londoners were also reported to have hurled chairs and tables to fend off the assailants.

As the saying goes: it is in the darkest nights that the stars shine brightest. Kudos to these heroes for their selflessness and courage!