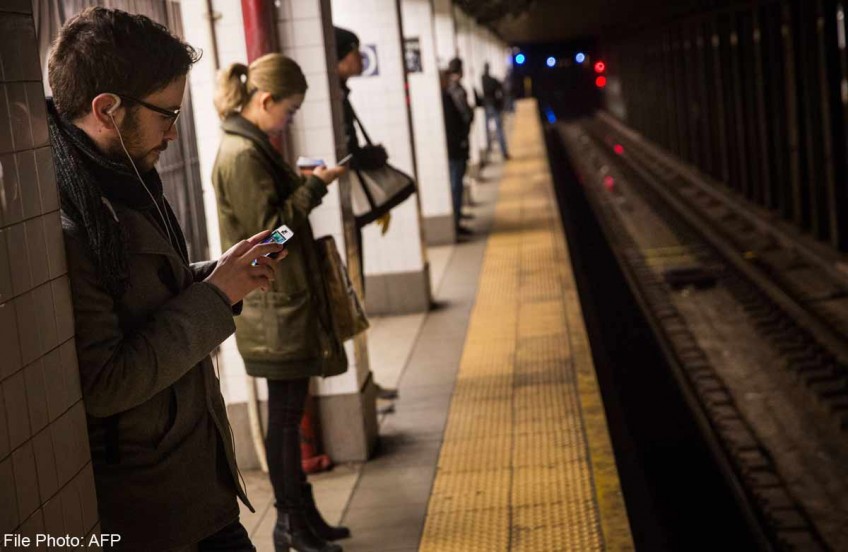 NEW YORK - The 21-year-old woman was asleep on the New York subway when a man thrust his hand up her skirt and groped her in a shocking sexual assault.

Now, after two years and an online campaign led by the victim, a suspect has finally been arrested.

Elisa Lopez had initially slept on, unaware what was happening.

When she suddenly woke up, she punched her attacker in the face and ran off the train in Midtown Manhattan. That was October 20, 2012.

It was only when a friend called to say there was a video of her circulating online that Lopez realised the extent of the attack.

"I was in disbelief," Lopez told Cosmopolitan magazine in an interview last December. "This can't be me. I felt sick to my stomach. I was yelling, screaming. I was hysterical."

After police failed to make an arrest, the student eventually took matters into her own hands, launching a social media campaign to track down the assailant.

Now, at last, she has some peace.

Last week police arrested and charged Carlos Chuva, 43, from Queens with one count of sexual abuse in relation to the incident.

A police spokesman confirmed his arrest to AFP and said he had been apprehended following a crime-stoppers tip.

In her emotional online appeal, Lopez said it was important to tell her story. "I'm tired of being afraid," she said, doling out words of advice to other survivors of similar assaults.

"The thing that haunted me the most was the realisation that people could've helped me," she said.

The passenger who filmed her assault was criticised for not doing more, but claimed that he had tried to wake Lopez up.

"There were 10 other people on the train that didn't do anything. I was the one that did the most," he has said.