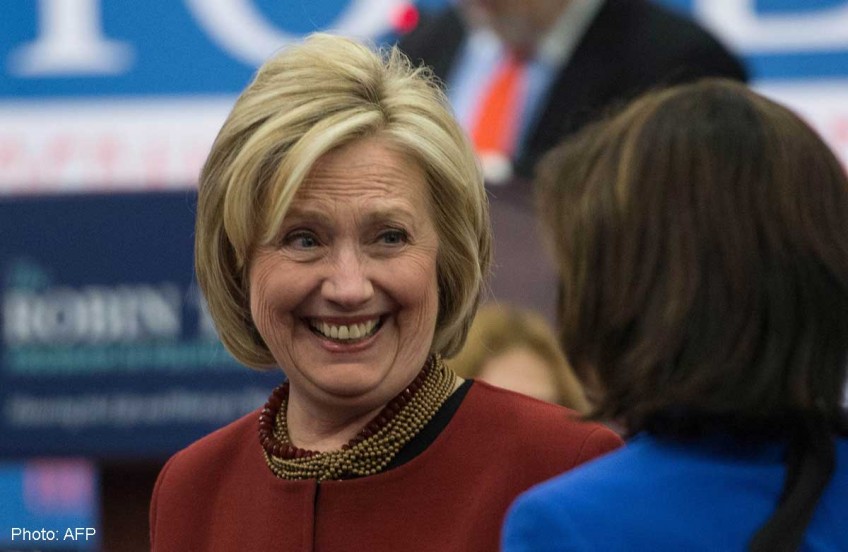 WASHINGTON - US President Barack Obama hosted his would-be presidential successor Hillary Clinton at the White House on Monday, in a previously unannounced meeting.

"This afternoon they met privately for about an hour at the White House and discussed a range of topics."

Clinton, the firm favourite to lead the Democratic Party bid to replace Obama after the 2016 election, had been in Washington for an appearance with labour leaders.

The former secretary of state called for a non-partisan struggle against economic inequality in one of her last speeches before she is expected to formally launch a White House bid.

Clinton has recently been under fire for revelations that she did not use an official email account while Obama's Secretary of State.

That led to allegations she may have been trying to dodge public disclosure records.

The White House has had to answer tricky questions about how much it knew about Clinton's private email server, and has sometimes appeared to seek to distance itself from the imbroglio.

Clinton is seen as the prohibitive favourite to win the Democratic nomination, although she has not officially started her campaign.

She and Obama had been fierce adversaries during the 2008 Democratic primary, when Obama came from seeming obscurity to defeat the former US first lady.

The two apparently patched up their differences when Obama appointed her his first secretary of state.

As if to underscore more cordial ties, Clinton tweeted on Monday in support of Obama's signature healthcare reform, which is being challenged by Republicans and in the courts.

"Repeal those things? Embrace them!" Clinton said, posting a picture of her and Obama embracing.

The health care law is seen as a central plank of Obama's legacy, one which he will be keen to see any Democrat defend on the campaign trail.