Ohio man wrongly jailed for 39 years to get $1.38 million payment 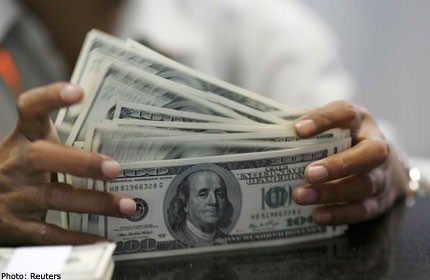 An Ohio man freed last year after spending 39 years in jail for a murder he did not commit will receive more than US$1 million (S$1.38 million) from the state for his wrongful imprisonment, court records show.

An Ohio Court of Claims judge on Thursday ordered that just over US$1 million be paid to Ricky Jackson, the longest-held US prisoner to be cleared of a crime.

"Wow, I didn't know that," Jackson told the Cleveland Plain Dealer, which said he learnt of the payment from a journalist.

"Wow, wow, wow, that's fantastic, man. I don't even know what to say. This is going to mean so much," he said.

Jackson was convicted along with Wiley Bridgeman and Bridgeman's brother, Kwame Ajamu, for the 1975 murder of Harold Franks, a money order salesman in the Cleveland area, after a 12-year-old boy testified he saw the attack, court papers show.

The boy, Eddie Vernon, recanted his testimony years later, and told authorities he had never actually witnessed the crime. There was no other evidence linking Jackson to the killing.

Other witnesses confirmed the then-teenaged Jackson was on a school bus at the time of the killing. He had originally been sentenced to death but escaped because of a paperwork error.

Bridgeman was freed soon after Jackson, after the charges were dismissed last November. Although Bridgeman had first been freed in 2002, he was imprisoned again for a probation violation, defence attorneys said.

A Cleveland judge in December dropped all charges against Ajamu, who spent 27 years in jail before having his death sentence commuted and being freed in 2003.

The 39 years Jackson spent in jail was the longest time a prisoner had been held before being exonerated, the Ohio Innocence Project, which provided legal counsel to Jackson, and the National Registry of Exonerations said.