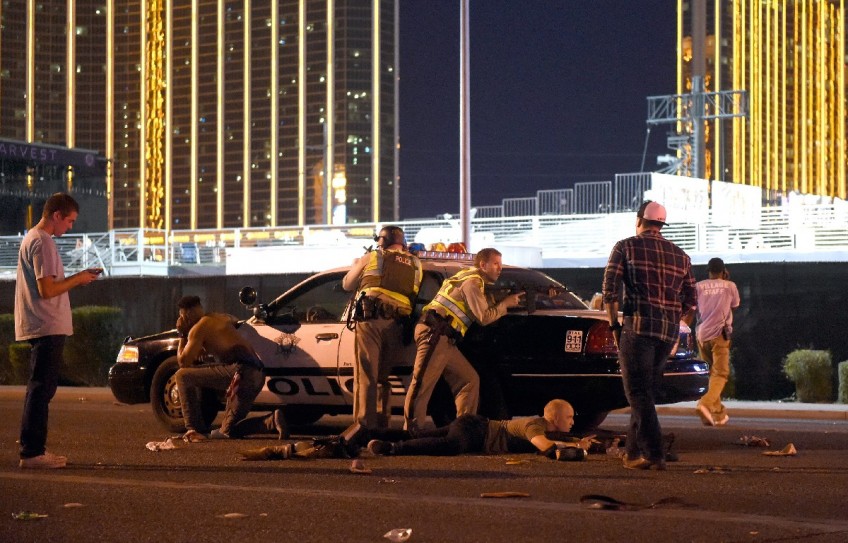 Los Angeles - Police said that a person suspected of opening fire on the Las Vegas Strip late Sunday was "down," and that "numerous" people were injured when multiple shots were fired from the Mandalay Bay casino.

"At this time we do have a suspect down," Las Vegas police officer Steve Gomez told reporters, without elaborating.

"We have numerous victims right now," he added.