Outrage, protests in US after second police shooting of black man in two days 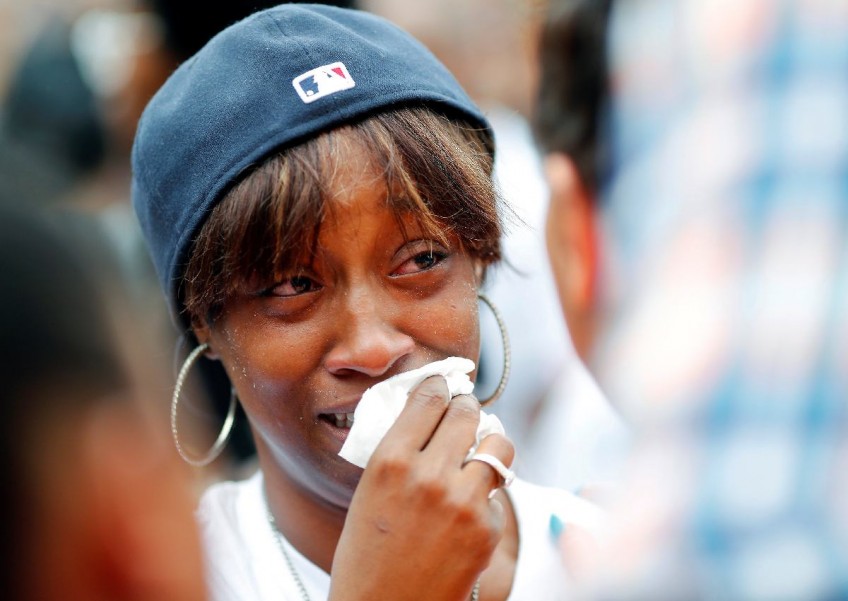 Update: Ten police officers were shot and four were killed when shots rang out during a protest against police racial bias in downtown Dallas late Thursday, authorities said.

Update: The Minneapolis area police officers involved in the shooting of Philando Castile have been identified as Jeronimo Yanez and Joseph Kauser, according to the Minnesota Bureau of Criminal Apprehension.

ST PAUL, Minn. - The second fatal police shooting of a black man in two days sparked outrage in the United States on Thursday, this one particularly chilling because the victim's girlfriend posted live video on the internet of the bloody scene minutes afterward.

The killing of Philando Castile, 32, who was shot by a police officer after a traffic stop on Wednesday evening, prompted Minnesota Governor Mark Dayton to order a state investigation.

"Would this have happened if the driver and the passengers were white? I don't think it would have," Dayton told reporters on Thursday. "So I'm forced to confront that this kind of racism exists, and it's incumbent upon all of us to vow and ensure that it doesn't happen and doesn't continue to happen."

Castile's death occurred within a day of the shooting of 37-year-old Alton Sterling in Baton Rouge, Louisiana. Sterling was killed during an altercation with two white police officers. Graphic video of that incident triggered protests and an outcry on social media.

Castile's girlfriend, Diamond Reynolds, videotaped the minutes immediately following his shooting and posted it on Facebook Live. Castile, who was driving, was shot with Reynolds and her 4-year-old daughter in the car.

The graphic video showed blood oozing through Castile's shirt as he appeared to lose consciousness.

"All of us as Americans should be troubled by these shootings, because these are not isolated incidents. They're symptomatic of a broader set of racial disparities that exist in our criminal justice system," he said in remarks after arriving in Poland.

The use of force by police against African-Americans in cities from Ferguson, Missouri, to Baltimore and New York has sparked periodic and sometimes violent protests in the past two years, and has spawned a movement called Black Lives Matter.

Anger has intensified when the officers involved in such incidents have been acquitted or not charged at all.

Reynolds' video showed a police officer outside the car pointing a gun. Reynolds described what was going on, sometimes speaking calmly to the police officer, sometimes with her voice rising as she feared Castile was dying.

Reynolds said Castile was shot after police pulled their car over, citing a broken tail light. "Nothing within his body language said 'Kill me, I want to be dead,'" she said on Thursday.

Dozens of protesters gathered at the governor's mansion in St. Paul, about 10 miles (15 km) southeast of the scene of the incident, where the governor spoke at a news conference with Reynolds and civil rights activists.

When Reynolds spoke earlier in the day, people shouted"murder," and called for the arrest of the police officer involved. "All of these killings of young black men, I am ready to take my grandson somewhere else," said one protester, Chanell Peaches Wall, 59, who said she recently moved to the area from Tennessee.

She held a placard that said "He was my son too" on one side and "No justice, no peace" on the other.

Demonstrations over the deaths of Castile, Sterling and other black men killed by police were planned in St. Paul, Chicago and several smaller cities on Thursday evening, according to organizers posting on social media.

Other rallies, including one in Atlanta, were planned for Friday. Weekend protests as far away as London were being discussed on Twitter.

A statement on the website of the City of Falcon Heights, where the shooting occurred, said a Saint Anthony Village police officer discharged his gun during a traffic stop on Wednesday evening, and the unidentified driver later died at Hennepin County Medical Center from resulting injuries.

It said the officer involved had been placed on paid administrative leave, as is standard procedure for Falcon Heights, which is about 6 miles (10 km) northeast of downtown Minneapolis. The ethnicity of the police officer was not clear. Attempts to reach the police department for further comment were unsuccessful.

Former Saint Anthony Chief of Police John Ohl, who retired in June, said in an interview with a freelance journalist in May that was published on Thursday that the media were biased against police on the issue of police killings. (http://bit.ly/29unPMU) "Nothing's significantly broken in law enforcement now," he said.

Minnesota officials declined in a Thursday afternoon news conference to identify the officer who shot Castile, saying they were still interviewing him. His identity would be released after the interview was completed, they said.

The city's website said the Saint Anthony Village police department was working with the Minnesota Bureau of Criminal Apprehension and other law enforcement agencies on an investigation.

The labor union that represents the officer who shot Castile urged people to reserve judgment. "We know that people are angry, discouraged and heartbroken," said Sean Gormley, executive director of Law Enforcement Labor Services Inc, in a statement. "We support an open, thorough and objective investigation that we believe, in time, will provide the answers to the questions we all have."

"Many of us watched the video, and we are shaken to capacity at the thought of this," said Nekima Levy-Pounds, president of the Minneapolis chapter of the NAACP rights group. "What this signifies to us is that black lives don't really matter in the state of Minnesota."

Castile's mother, Valerie Castile, described her son as a"laid back" but industrious man who worked as a school cafeteria supervisor and enjoyed playing video games. He had a permit to carry a concealed weapon, she told CNN.

Reynolds said police had not even tried to check if her boyfriend was alive after they shot him, and it had taken at least 15 minutes for paramedics to arrive. "Not one shot, not two shots, not three shots, but five shots," she said at the news conference.

"They did not check for a pulse at the scene of the crime." St. Paul Public Schools said in a statement Castile had worked for the district since 2002, and colleagues were mourning a cheerful "team player who maintained great relationships with staff and students."

In the video Reynolds posted to Facebook after the shooting, she said her boyfriend had just been pulled over and explained he had a gun he was licensed to carry. "He was trying to get out his ID and his wallet out of his pocket," Reynolds said. "He let the officer know that he had a firearm and that he was reaching for his wallet, and the officer just shot him in his arm." Police said a handgun was recovered at the scene.

"F**k," a distraught man is heard screaming in the video. "I told him not to reach for it."

The shooting was the second high-profile killing of a black man by police in Minnesota in seven months. Two Minneapolis police officers in November shot and killed 24-year-old Jamar Clark in a struggle that broke out when they were called to assist an ambulance crew that was helping Clark's girlfriend.

The Washington Post said Castile was at least the 506th person and 123rd black American shot and killed by police so far in 2016, according to a database it has set up to track such deaths. About 10 percent of those black Americans were unarmed, while about 61 percent had guns, the paper said.