Over-excited little girl steals the Pope's hat off his head 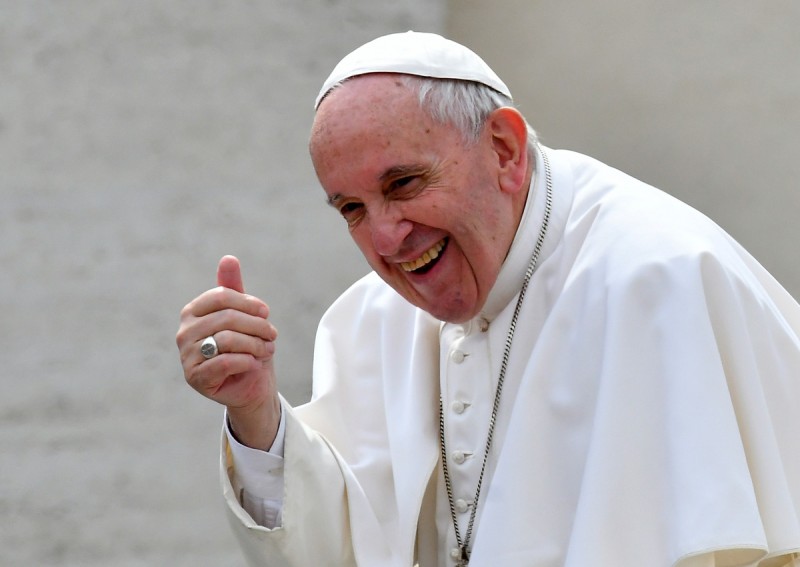 Little kids have 10 times the energy most adults have. Put them in contact with a famous person, and anything can happen.

And the lucky little one didn't just get to see him, she got close enough to receive a kiss from the head of the Catholic Church.

But she wanted so much more than that.

Overwhelmed by energy, she reached out, desperate to discharge it somewhere, and pulled the Pope's hat off his head.

The Pope's hat is technically called a zucchetto.

And he actually seemed to enjoy the moment, or at least have enough social skills to feign enthusiasm.

Watch the full interaction and rejoice! The internet has risen!

Took my Goddaughter to meet the pope. She stole his hat! pic.twitter.com/SdSorop3uN

We're sure Pope Francis forgave her for the transgression.