Remember the London skyscraper whose glass facade reflected the sun's rays with a heat that's so hot that it melted a Jaguar's bumper and even cooked an egg placed on the pavement a few years ago?

Well, it's in the news again.

Hong Kong's oyster sauce conglomerate Lee Kum Kee has snapped up the 37-storey Walkie Talkie building at a cool 1.3 billion pounds (S$2.31 billion), believed to be the highest ever paid for a building in United Kingdom.

Scorched egg with oyster sauce, anyone?

Okay, jokes aside, the developer then had fixed the problem by applying shading to the reflective facade before the uniquely top-heavy building in Fenchurch Street was fully completed in 2014.

The LKK Health Products Groupa a division of Lee Kum Kee, has exchanged contracts with Landsee to purchase its 50 per cent stake in the landmark in the financial district, reported Financial Times.

LKK would also buy the remaining 50 per cent stake controlled by Canary Wharf Group, it added.

The deal has surpassed the previous record price for a single building in the UK. The Qatar Investment Authority paid £1.17 billion for the HSBC tower in Canary Wharf in December 2014.

In a press statement, Mr. Sammy Lee, chairman of LKK said: "We are delighted to acquire 20 Fenchurch Street in Central London to expand our global presence through strategic investments by the Group's Infinitus Property Investment arm."

Believed to have created its famous oyster sauce and shrimp paste in the late 19th century, Lee Kum Kee is a family-run group chaired by Lee Man Tat, whose net worth is estimated at US$2.5 biilion, according to Forbes.

The Walkie Talkie is one of the most popular visitor attractions in London.

You can enjoy 360° views of Central London from the open decks at the three-storey-high Sky Garden. Crowned with a massive glass dome, it offers bars and restaurants.

Access to the landscaped garden at Sky Garden is free but you must book tickets for your visit. 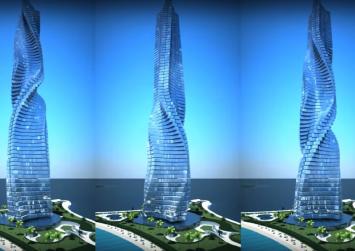