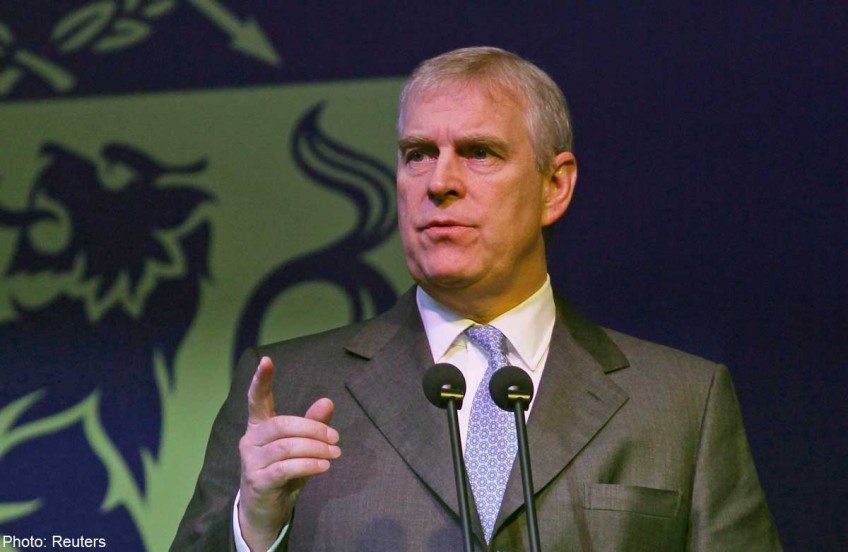 LONDON - Buckingham Palace issued a fresh denial of allegations yesterday that an American woman kept as an underage "sex slave" by a Wall Street billionaire was forced to have sexual relations with Britain's Prince Andrew.

The woman, identified in legal documents only as "Jane Doe No. 3", has alleged in a United States court filing that she had been kept as a "sex slave" by financier Jeffrey Epstein, a friend of the Prince.

Prince Andrew, the Duke of York, and prominent US attorney Alan Dershowitz - one of Mr Epstein's defence lawyers - have denied the allegations.

In a strongly worded response on Friday, the palace said that "any suggestion of impropriety with underage minors is categorically untrue".

It took the even more unusual step of issuing a second statement after British Sunday newspapers printed details of interviews the plaintiff has given in recent years.

"It is emphatically denied that the Duke of York had any form of sexual contact or relationship" with the woman, the palace said. "The allegations made are false and without any foundation."

The Mail On Sunday and the Sunday Mirror newspapers both published details of interviews given by the woman in recent years, in which she discusses three alleged encounters with the Prince.

Following the denials from the Prince and Mr Dershowitz, "Jane Doe No. 3" told The Guardian newspaper that she refuses to be "unjustly victimised again".

According to the motion filed in a Florida court last week, the woman alleges she was "forced to have sexual relations" with Prince Andrew, who turns 55 next month, in London, New York and the Caribbean at Mr Epstein's behest.

Mr Epstein, a known friend of the second son of Queen Elizabeth II, was convicted in 2008 of soliciting an underage girl for prostitution and served a prison term.

The filing in which the Prince is named is to be included in an ongoing civil case that accuses federal prosecutors of cutting a plea-bargain deal with Mr Epstein without consulting his victims, in violation of the US Crime Victims Rights' Act.