Paris attacks: Don't give ISIS what it wants 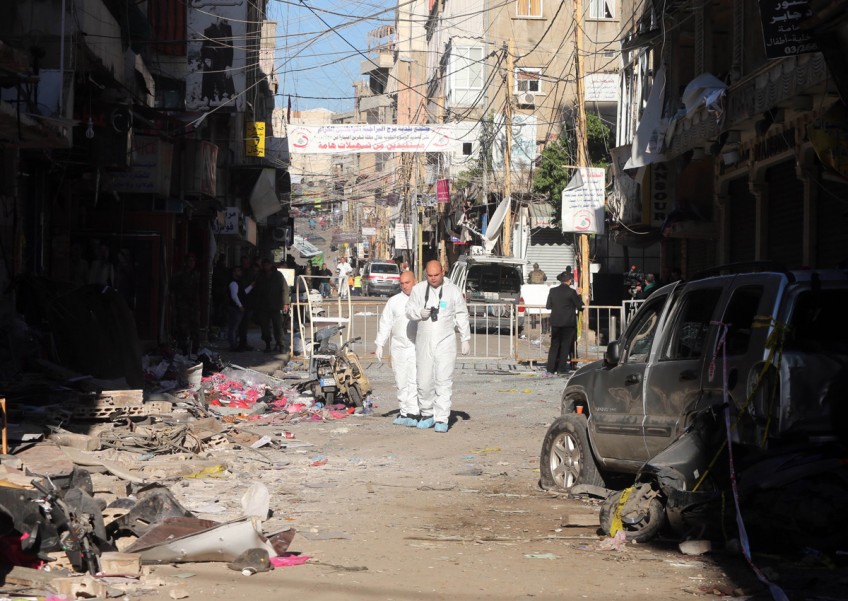 MUTED REACTION: The twin bomb attacks in in Beirut by ISIS last Thursday did not receive as much international attention as the Paris attacks, prompting some to question whether some lives matter more than others in the eyes of the world.
AFP

THE second serious violation of Paris within a year has inevitably prompted a tough and largely predictable response.

Sadly, much of it feeds right into what the militant Islamic State in Iraq and Syria (ISIS) group, which promptly claimed responsibility for the outrageous atrocities in the French capital, must have expected.

President Francois Hollande declared, for instance, that France was at war, and soon afterwards his nation's jets pounded Raqqa, the Syrian city assumed to be the ISIS headquarters, purportedly destroying a command centre.

That, in turn, prompted questions about why the target, if it had been identified, was not attacked earlier, given that France and its allies, including the United States, have supposedly been bombing ISIS for months.

The state of emergency in France, which Mr Hollande wants in place for three months, alongside constitutional changes presumably facilitating drastic measures that have hitherto been incompatible with the republic's legal framework, play right into the hands of those who mock Western liberal democracy as a farce.

There is little evidence that more bombing will reduce ISIS's capacity.

Besides, did the realisation that France was at war, having committed its forces to military action in Syria and Iraq, dawn only when the war came to Paris?

Much has been made in recent days of the fact that the coordinated terrorist attacks in Paris stirred a far more passionate response internationally than comparable outrages by similarly minded transgressors in Beirut and Baghdad. The question whether some lives matter more than others in the eyes of the world is certainly a valid one.

Part of the answer lies in the old trope of the empire and its periphery, whereby violent encroachments on the imperial centre count for considerably more than transgressions in former colonies. The Middle East, in particular, tends to be viewed as a free-fire zone where dozens of deaths are par for the course rather than cause for alarm.

The worst attack on Beirut since the Lebanese civil war, in that discourse, cannot be expected to garner as much concern as the bloodiest episode in Paris since the Nazi occupation.

Suicide attacks in Baghdad and elsewhere in Iraq - or, for that matter, in Afghanistan or Pakistan - barely register on the Richter scale of international outrage. That is utterly appalling at one level and almost understandable at another, given that there is all too often precious little in terms of local indignation - which, in turn, invariably reflects habituation rather than apathy.

This is clearly a deeply distressing trend and one must hope it will diminish rather than be replicated across Europe.

A significant condition for that to occur, though, is a recognition on the part of the West that its so-called war on terror has thus far been a disaster, given that its actions and utterances since Sept 11, 2001, have chiefly served to enhance the threat.

The follies in fact go back much farther, not just to open-ended backing for the most reprehensible elements in the war against the Soviet-backed regime in Afghanistan, but to the even broader trend in the preceding decades towards assuming that fundamentalist Islam could serve as a pro-Western bulwark against communism.

These days, ISIS tends to be compared with the former Soviet Union as an equivalent existential threat, which is absurd on several levels. A force that boasts, at best, tens of thousands of misguided warriors hardly bears comparison with what was the world's second biggest nuclear power - and, what's more, neither Soviet-backed subversion nor its Western counterpart entailed large-scale random attacks on civilians.

It is broadly true that Russian President Vladimir Putin enthusiastically embraces some of the least defensible aspects of the Soviet past while largely ignoring its redeeming features, but his initiative for a diplomatic settlement in Syria, partially endorsed by Barack Obama at the Group of 20 summit in Turkey, may indeed point towards the least painful route out of an imbroglio that has tested the limits of Western military efficacy.

If anything, attempts to inflict greater pain on the terrorist group may well produce the opposite effect, given that ISIS already seems determined to attack all its adversaries, from Britain to Russia, on their home ground.

Regardless of whether the coordinated plot to wreak mayhem in Paris was incubated in Syria or Belgium, or a bit of both, it is essential that the danger must be combated.

It is equally important, though, that this must be done in a way that does not offer succour to the psychopaths, either by effectively endorsing their self-ordained status as warriors, or by depleting the very freedoms that they are believed to murderously resent.

It ought to have registered hundreds of years ago that crusades and jihads feed upon each other. It is a monumental tragedy that we are still searching for alternatives in the 21st century but the need to locate one has rarely been greater or more urgent.