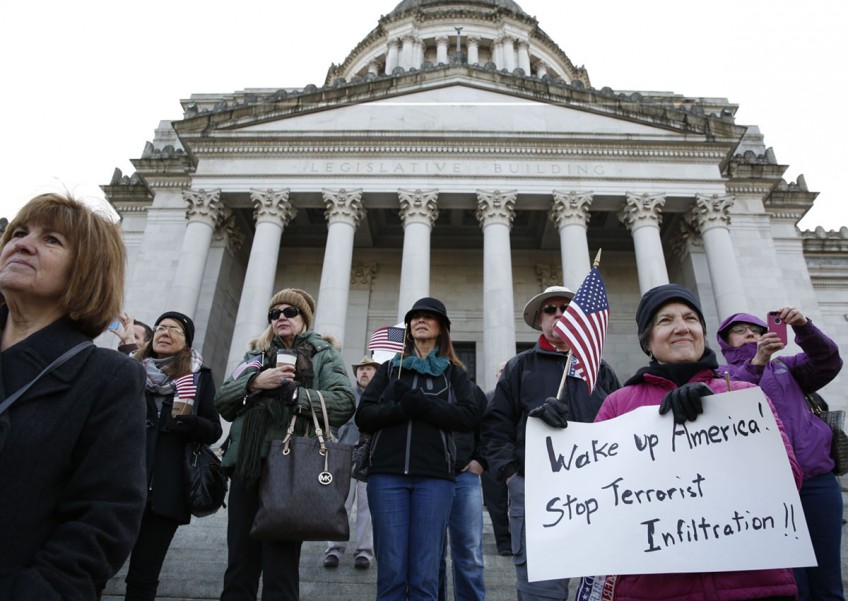 A majority of Americans now think that the programme for taking in Syrian refugees should be discontinued, despite reassurances from the Obama administration on the rigorous safety checks in place. While the change in mood among the electorate is clear, it is less certain how this rearranges the playing field for the presidential candidates.
AFP

The audience that sat through all the presidential candidates' speeches at a recent Republican conference in Florida would be forgiven for thinking that those who spoke on the second day were running in a completely different election from those who took the stage on day one.

On the first day of the summit, Nov 13, issues brought up were predominantly domestic.

The candidates talked about the economy, immigration and social policies. Foreign policy and security were but a minor blip on the radar.

On day two, after a night when the magnitude of the Paris terrorist attacks that killed 130 people finally set in, it was all anyone could talk about.

Ohio Governor John Kasich clearly discarded his original remarks when he spent his entire allotted time talking about the need for the United States to show leadership again; former Hewlett-Packard CEO Carly Fiorina said the attacks were the direct consequence of the administration's policy of leading from behind; and Kentucky senator Rand Paul talked about the need to be "extraordinarily cautious" about visitors to the US.

In effect, the summit provided a quick glimpse of the profound effect the terror attacks have had on the race for the 2016 US presidential election.

A campaign that had, up to the point of the attacks, been dominated by the economy, suddenly put the focus on foreign policy and national security.

The shift is happening across the board, with voters now picking terrorism as their top issue of concern after months of saying they cared most about jobs and the economy.

A Suffolk University-Boston Globe poll of likely Republican primary voters in New Hampshire released over the weekend showed that 42 per cent of respondents thought terrorism and national security were now the top issues. Only 18 per cent picked the economy. In October, some polls had as little as eight per cent of Americans saying terrorism was a priority.

The anxiety among the electorate is perhaps most visible on the issue of Syrian refugees. A majority of Americans now think that the programme for taking in Syrian refugees should be discontinued, despite reassurances from the administration on the rigorous safety checks in place.

While the change in mood among the electorate is clear, it is less certain how this rearranges the playing field for the presidential candidates.

Ordinarily, stronger support for militarism would be assumed to be a boon for the pro-military Republican Party. But the current presidential campaign has had a way of defying predictions, especially when it comes to forecasts about who should be the Republican front runner.

US pundits are thus staking out a broad array of positions.

"One conventional wisdom states that this will be the wake-up call that finally gets people to take the presidential candidates more seriously. It will be a more intelligent and urgent conversation.

"And then, there is another conventional wisdom which is 180 degrees different, which is that people will immediately run to the lowest common denominator, macho solutions... that aren't particularly serious or realistic."

If the first scenario is true, then serious candidates like former secretary of state Hillary Clinton and former Florida governor Jeb Bush will likely get a boost.

But the likes of Mr Donald Trump and Dr Ben Carson are betting on the second scenario and have made highly inflammatory remarks, including calling for a closer scrutiny of mosques.

The surest answer on how Paris has changed the US elections will come in just over two months when the primary elections begin.