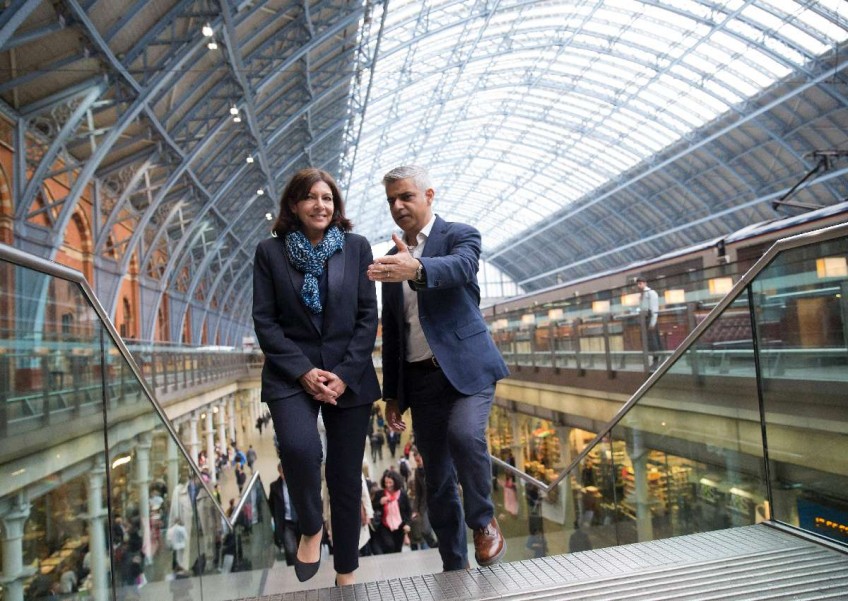 Mayor of London Sadiq Khan (R) speaks with Mayor of Paris Anne Hidalgo as they meet at St Pancras Station in London on May 10, 2016.
AFP

PARIS - The mayors of Paris and London vowed Monday to work closer together to "shape the century ahead" despite Britain's choice to leave the European Union.

"London and Paris. There is so much that unites our two great cities. Shared history, shared culture, shared challenges and the shared experience of being one of just a handful of truly global cities," they wrote.

London voted to remain in the EU, while poorer regions surrounding the capital voted to leave.

"Despite the outcome of the EU referendum, our two cities must now work more closely together than ever before in order to deliver on our shared agendas," read the statement.

"If the 19th century was defined by empires and the 20th century by nation-states, the 21st century belongs to cities." Hidalgo and Kahn said that when it came to economic growth, tackling air pollution and moving to clean energy, it was cities that were leading the charge.

They said that Paris and London could together act as a "powerful counterweight to the lethargy of nation states and to the influence of industrial lobbies." "In cities we celebrate our diversity and see our differences as a great source of strength. Our cities are places where everyone, whatever their background, can feel at home."

[[nid:318739]]
SUBSCRIBE TO OUR NEWSLETTER
Your daily good stuff - AsiaOne stories delivered straight to your inbox