Park Ji-sung made more than 200 appearances for Manchester United between 2005 and 2012.

Former Manchester United midfielder Park Ji-sung has called on fans of the English Premier League club to stop singing a chant referring to South Koreans eating dogs, saying that he needs to “educate” the fans.

“In Korea, things have changed a lot. It is true that historically we have eaten dog meat but these days, particularly the younger generation, they really dislike it. The culture has changed,” Park told the official UTD podcast.

The chant has been resurrected after the arrival of Hwang Hee-chan at Wolverhampton Wanderers, with away supporters singing it when Manchester United travelled to Molyneux in August and new signing Hwang was unveiled to the home fans.

“I know that United fans don’t mean any offence to him for that song,” Park said, “but still I have to educate the fans to stop that word [dog meat], which is usually these days a racial insult to the Korean people.

Park Ji-sung speaks up against the famous “dog-eater chant” for him from Man United fans during his playing career. He’s speaking up to help protect Korea’s younger generation of footballers who may be affected negatively if he lets this dumb narrative live.

“Listening to the chant even 10 years later now, I feel sorry for the younger me who tried to overcome this discomfort that I felt back then.

“I also feel responsible for the young people who are still discriminated against as Asians or Koreans, and struggling with that kind of discomfort.”

The 40-year-old – who admitted his pride at the fans making a chant for him – spent seven years at Old Trafford after joining from Dutch side PSV Eindhoven in 2005.

When Park left Manchester United in 2012, he had won four English Premier League titles, three League Cups and the Uefa Champions League. He was also a club ambassador until this year.

The midfielder – often referred to as “Three-lung Park” for his stamina – was a key player for his country, playing more than 100 times for South Korea and appearing at three Fifa World Cups.

Current Spurs striker and South Korea skipper Son Heung-min said that he was a Manchester United fan as a youngster because of Park. 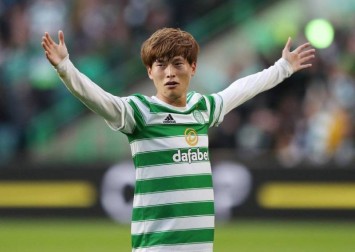 Speaking of his pride in being Korean, Park referenced Son, K-pop superstars BTS, Korean dramas on Netflix and the country’s technology in.

Korean drama Squid Game is currently on course to become the streaming giant’s most popular show ever.

“I really request the fans to stop singing that word,” Park said. “It causes discomfort to Korean people when they hear that song. It’s time to stop.”

The club have supported Park’s stance. “Manchester United fully supports Ji-sung’s comments and urges fans to respect his wishes,” they said in a statement on the official website.

Manchester United fans have also been criticised for references to the people of Liverpool in the offensive chant, which was sung from the stands at Old Trafford during the 1-1 English Premier League draw with Everton last Saturday (Oct 2).

In 2017, then striker Romelu Lukaku asked the fans to stop singing a song that referred to a racial stereotype.

While Park’s request sparked debate over the lyrics of the chant on social media, South Korean president Moon Jae-in gave rise to a debate in the country when he said last month that they should consider a formal ban on dog meat.