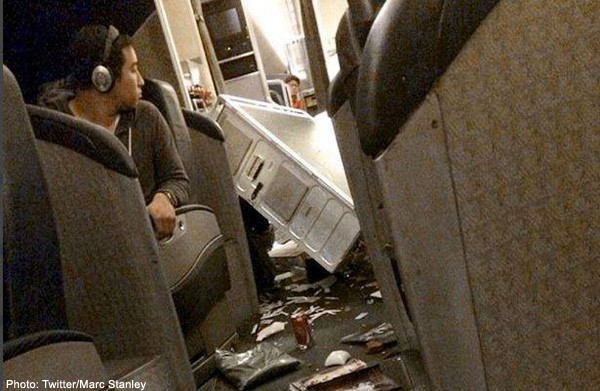 Passengers on the American Flight 280 departing from Seoul, South Korea, experienced an extreme case of turbulence that left 14 injured.

The American Airlines jet, which was en route to Dallas-Fort Worth on Tuesday (Dec 16), was forced to make an emergency landing at Narita International Airport in Tokyo.

In a video uploaded on YouTube by Marcel Coolio, passengers were heard screaming in fear as the plane jerked violently.

A description accompanying the video states that when the plane landed, four passengers and a crew member were taken to the hospital for treatment.

According to a statement released by American Airlines, none of the passengers suffered life-threatening injuries.