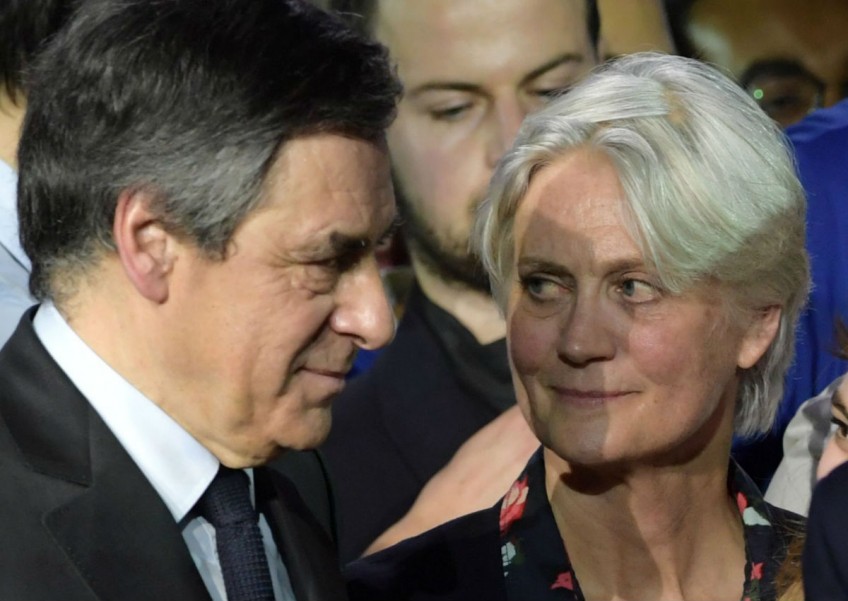 Penelope Fillon, long a low-profile political wife, has been thrust into the spotlight with a scandal bearing her name - "Penelopegate" - that is dimming her husband Francois Fillon's hopes of becoming France's next president.

She was charged Tuesday with complicity in the abuse of public funds in a case involving alleged fake jobs as a parliamentary aide to her conservative husband over a number of years for which she was paid hundreds of thousands of euros.

Her husband, the surprise winner of the rightwing Republicans' nomination in November after campaigning as a man of integrity, has already been charged in the affair, which also covers a salary Penelope received from a literary magazine owned by a billionaire friend of her husband's.

The 61-year-old has told police she never stepped foot in the offices of the Revue des Deux Mondes, according to a report the Journal du Dimanche weekly.

Last week financial prosecutors expanded the probe, looking at whether the couple forged documents to try to justify her salary.

Since the scandal broke in January, with revelations by the satirical and investigative weekly Le Canard Enchaine, Francois Fillon has seen his poll standings have nosedive.

Voter surveys now show that the one-time frontrunner would crash out of the first round of the two-stage election on April 23, likely leaving far-right candidate Marine Le Pen and rising star Emmanuel Macron, a centrist, to battle it out in a May 7 runoff vote.

As her husband came under intense pressure to abandon the race, the silver-haired Penelope appeared with him on stage at a rally on March 5 near the Eiffel Tower attended by tens of thousands, receiving a standing ovation from the crowd as she waved a French flag.

In an interview on the same day, she said she had been through the worst time of her life but had found strength in the Catholic faith she shares with her husband.

During the primary campaign, Penelope Fillon told regional newspaper Le Bien Public: "Until now, I have never got involved in my husband's political life." In 2008, when her husband was prime minister, she told French TV that her role was limited to "accompanying him (on some functions)".

Penelope Fillon has been a local councillor in Solesmes, the village of 1,000 people in the Sarthe area where the couple live in a chateau, since 2014. They raised their five children there.

The mayor of Solesmes, Pascal Lelievre, told AFP she "never misses a meeting".

Penelope also told Britain's Sunday Telegraph in 2007, after her husband became premier, that she preferred caring for her children and horses in the countryside to the bright lights of Paris.

"I'm just a country peasant, this is not my natural habitat," Penelope joked.

Glossy magazine spreads at the time showed the family sitting in the grounds of their country estate.

Penelope, from the market town of Abergavenny in south Wales, met her future husband when she was studying law in Le Mans. She was 23 and they married three years later, when he entered parliament for the first time.