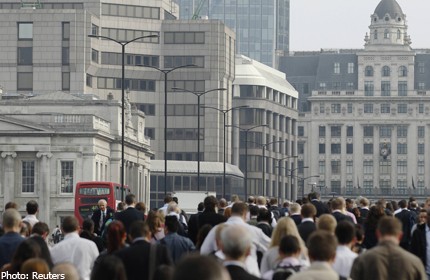 LONDON - The pension funding gap of Britain's top companies has widened in the past year despite billions of pounds of corporate cash being injected into retirement schemes, a report said on Tuesday.

The finding is an illustration of the impact of repeated rounds of "quantitative easing", under which the Bank of England has been buying back bonds to boost economic growth, contributing to a sharp drop in the yield on British government gilts - a staple investment for pension funds.

Pension funds have been left searching for higher-yielding investments such as real estate while they wait for gilt yields to turn higher.

The problem is not small, given FTSE 100 member companies remain responsible for pension liabilities worth nearly 0.5 trillion pounds, according to LCP.

The consultancy - whose deficit estimate is based on the companies' own actuarial forecasts for their pension obligations - also noted Britain has seen many governmental and regulatory changes, including the "auto-enrolment" initiative.