People didn't realise how skinny a husky is without its fur 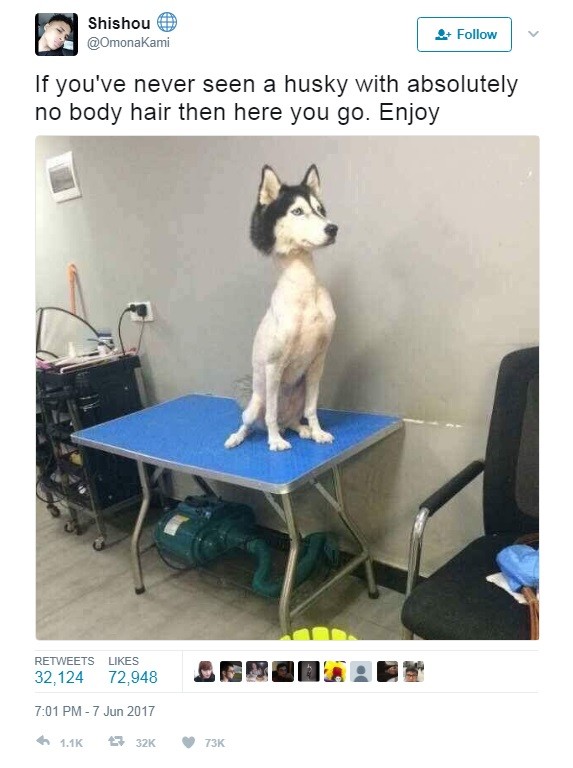 A tweet of a shaved husky went rival, and it's been receiving mixed reactions.

From surprise and amusement to horror, pity, and even anger, everyone seemed to have an opinion on the canine's new hairdo.

Most people were astonished at the fact that huskies were so small underneath their coats - after all, most of us have never seen one without its fur.

Some took to the comments thread to alert everyone of the dangers of shaving a two-coated dog.

Others just made memes.

Yet, no one seems to know how this photo came to be.

All in all, as quirky as this photo is, let's leave the layer-shedding to humans this summer.