Pigeon lovers do steal each other's birds in Egypt 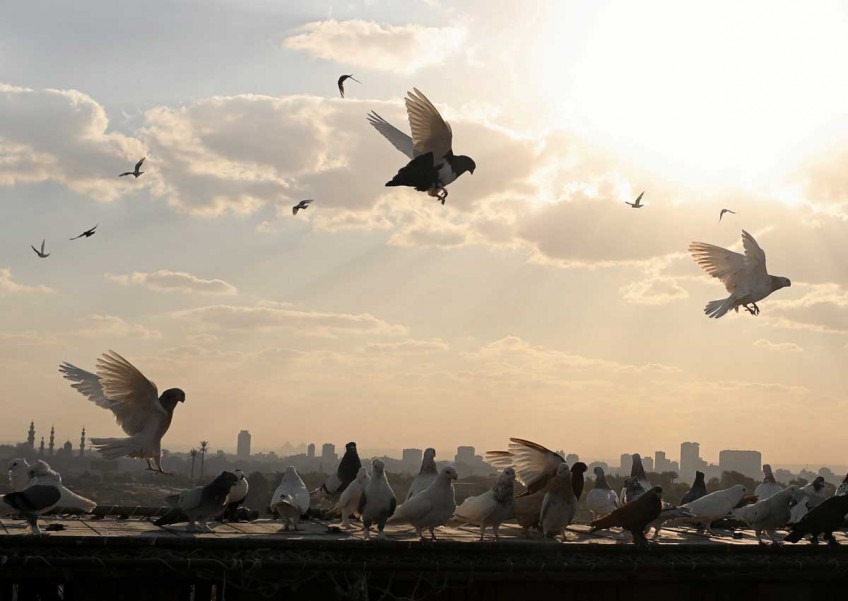 Pigeons are a delicacy in Egypt, traditionally served roasted and stuffed with fragrant rice. But for Cairo's pigeon fanciers, their prized birds are nobody's next meal.

Pigeon lofts, towering structures made of wood, balance atop hundreds of buildings in poorer neighborhoods across the city. They house thousands of highly trained birds that would have otherwise found a home at a butcher's.

Different breeds, whose speed, colouring and markings vary, can cost thousands of pounds per bird, and in Cairo the market for them is highly competitive.

"We enjoy it, we can stay up there from 7 in the morning until midnight, just doing what we love," Sayed Mohamed, a pigeon fancier, told Reuters.

Mohamed's loft is four stories high and overlooks a 15th-century complex built by Mameluk Sultan al-Ashraf Qaitbey, a UNESCO World Heritage Site. In the afternoon, he releases his pigeons - first his most prized birds, later the entire flock.

The birds understand a complex series of whistles and gestures that signal for them to fly higher or to come home. They fly far and wide, usually making their way back to the loft by nightfall. They often return with other pigeons.

"You can think of it like a shared language. They're used to certain patterns, so if they land at another loft and notice something unfamiliar, they know it's not home," Mohamed said.

In the evening, Mohamed and other fanciers gather around local coffee shops to brag about stealing one other's birds, each taking pride in the day's catch.

Mohamed first picked up the hobby in his childhood, going with his uncle to the family pigeon loft and feeding the birds.

"I started doing this out of love ... but I later learned that you also have to use it to make profit, you can't just keep buying more pigeons," Mohamed told Reuters.

Fanciers carefully breed their birds and often sell young pigeons to traders on a lucrative market.

"When [my brother and I] moved out, we got jobs and we bought houses and the first thing we did, even before getting married, was that we built our loft," he said. "It makes us feel alive."