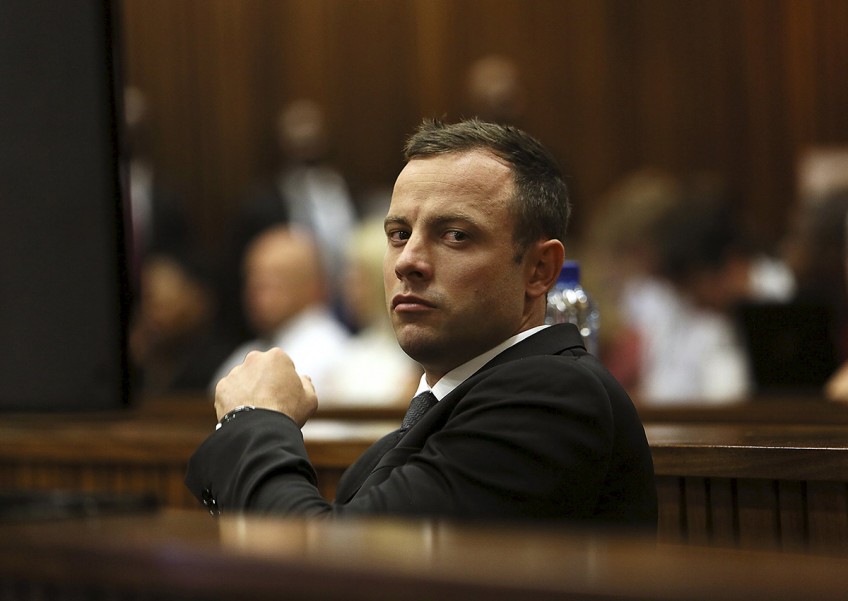 A South African parole board has delayed by two weeks a review of whether Paralympian star Oscar Pistorius's should be released early from a prison sentence for killing his girlfriend.

"The parole review board met on Friday, and they could not deal with all the matters at hand, including the case of Oscar Pistorius. They will meet again in two weeks' time to look at his matter," said Manelisi Wolela, spokesman for the Department of Correctional Services.

"The board had a series of other matters and could not get to his matter. There is nothing more than that to the delay," said Wolela.

The 28-year-old double amputee was sentenced in October 2014 to five years in prison for killing his girlfriend, model and law graduate Reeva Steenkamp on Valentine's Day 2013, after a trial that attracted global headlines. He was found guilty of culpable homicide - a charge equivalent to manslaughter - after saying during the trial that he shot her through a locked bathroom door because he mistook her for an intruder.

Pistorius was due to leave prison last month to serve the rest of his sentence under house arrest, but Justice Minister Michael Masutha blocked his release and referred the case to the parole review board.

Even if he is freed, Pistorius could find himself back behind bars for a minimum of 15 years if an appeal by prosecutors is successful. The prosecutors are pursuing a murder conviction and a longer sentence, arguing he deliberately killed Steenkamp after an argument.

A champion Paralympian and once a poster boy for sport, Pistorius, also known as the "Blade Runner" for the prosthetic legs he wears on the track, shot to fame when he raced against able-bodied competitors in the 2012 London Olympics.