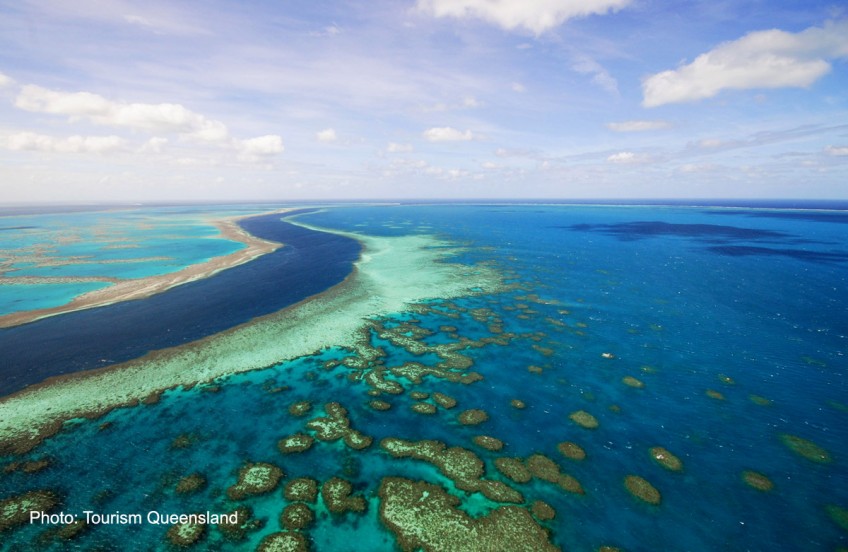 The 35-year plan for the major tourist attraction off the Queensland coast includes a complete and permanent ban on the dumping of capital dredge material in the area and sets targets to improve water quality and marine life populations.

Abbott said the plan would "secure Australia's majestic Great Barrier Reef as a place of outstanding universal value on the World Heritage List".

The United Nations Educational, Scientific and Cultural Organisation has threatened to put the reef on its danger list due to threats from dredging, climate change, farm run-off and the destructive crown-of-thorns starfish.

But Abbott said the reef was a priority for his conservative government and argued that the 'Reef 2050 Long Term Sustainability Plan' addressed all of the international community's concerns.

"At the highest level this is a subject where Australia is telling our international partners... that we are utterly committed as an entire nation to the protection of the Great Barrier Reef," Abbott told reporters in Queensland.

"The last thing I want to do as prime minister is anything that would compromise the quality of this reef which it is our duty to protect for the future." The Great Barrier Reef, which stretches over 2,300 kilometres (1,425 miles), is a maze of some 3,000 coral reefs and 1,050 islands along the northeast coast of Australia teeming with marine life.

Environment Minister Greg Hunt said the plan was designed to ensure that for each successive decade between now and 2050, the quality and universal values of the reef improved.

Pesticide loads in priority areas must drop by at least 60 per cent by 2018 while populations of turtles, dolphins and dugongs must be either stable or increasing by 2020.

Queensland Environment Minister Steven Miles said the plan addressed the biggest medium-term threat to the reef, that of sediment, nutrients and pesticides run-off and also committed the state to limiting port expansion to four sites.

"I believe that with it we will be able to convince the World Heritage committee that not only should they not list the reef as in danger but that we will keep the reef from actually being in danger," he said.