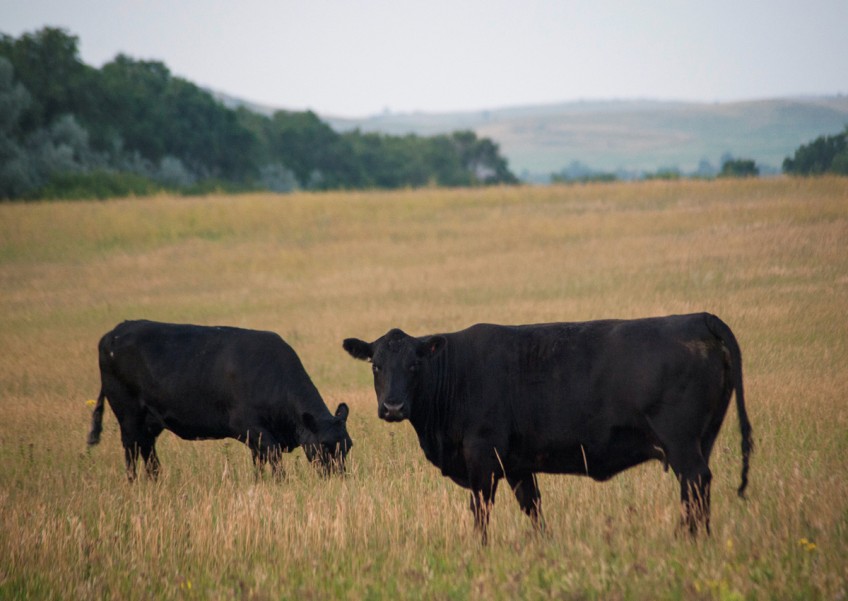 A study noted that methane emissions from livestock have risen most sharply in the rapidly developing regions of Asia, Latin America and Africa.
Reuters

PARIS - Emissions of the greenhouse gas methane from livestock are larger than previously thought, posing an additional challenge in the fight to curb global warming, scientists said Friday.

Revised calculations of methane produced per head of cattle show that global livestock emissions in 2011 were 11 per cent higher than estimates based on data from the UN's Intergovernmental Panel for Climate Change.

Periodic reports by the IPCC, drawing from thousands of scientists, help leaders take action on climate change, which has begun to wreak weather havoc around the globe.

"In many regions, livestock numbers are changing, and breeding has resulted in larger animals with higher intakes of food," said Julie Wolf, a researcher in the US Department of Agriculture and lead author of a study in the journal Carbon Balance and Management.

"This, along with changes in livestock management, can lead to higher methane emissions." Earlier estimates, she added in a statement, were based on "out-of-date data".

After rising slowly from 2000 to 2006, the concentration of methane in the air has climbed 10 times more quickly in the last decade, according to earlier research.

Besides natural sources such as peatland, wetlands and termites, methane from human activity - approximately two-thirds of the total - is produced in two ways.

The odourless and colourless gas leaks during the production and transport of coal, oil and especially natural gas.

In roughly equal measure, it also comes from the flatulence of ruminants such as cattle and sheep, as well as the decay of organic waste, notably in landfills.

Methane accounted for about 16 per cent of global greenhouse gas emissions in 2015, according to the IPCC.

Carbon dioxide - produced mainly by the burning of fossil fuels - accounts for more than three-quarters of planet-warming emissions.

"As our diets become more meat and dairy-rich, so the hidden climate cost of our food tends to mount up," said University of Edinburgh professor Dave Reay, reacting to the study.

"Cows belching less methane may not be as eye-catching as wind turbines and solar panels, but they are just as vital for addressing climate change." The new study boosts the "estimate of human-induced emissions of methane from all sources by about four per cent," said University of Leeds professor Piers Forster, who was not involved in the research.

Methane is far more potent than CO2 as a greenhouse gas, capturing more of the Sun's radiative force. But it persists for less time in the atmosphere.

Taking that into account, scientists calculate that over a 100-year period the "global warming potential" of the gas is 28 times greater than for carbon dioxide.

The study noted that methane emissions from livestock have risen most sharply in the rapidly developing regions of Asia, Latin America and Africa.

By contrast, the increase has slowed sharply in the United States and Canada. In Europe, emissions of the gas have declined.

A sharp rise in methane pollution could jeopardise the goal - enshrined in the 196-nation Paris climate pact - of capping global warming below two degrees Celsius (3.6 degrees Fahrenheit), a consortium of 81 scientists warned in December.

"Such a target will become increasingly difficult if reductions in methane emissions are not also addressed strongly and rapidly," they wrote in an open letter.