Plastic pollution in Antarctica is 'much worse' than scientists expected 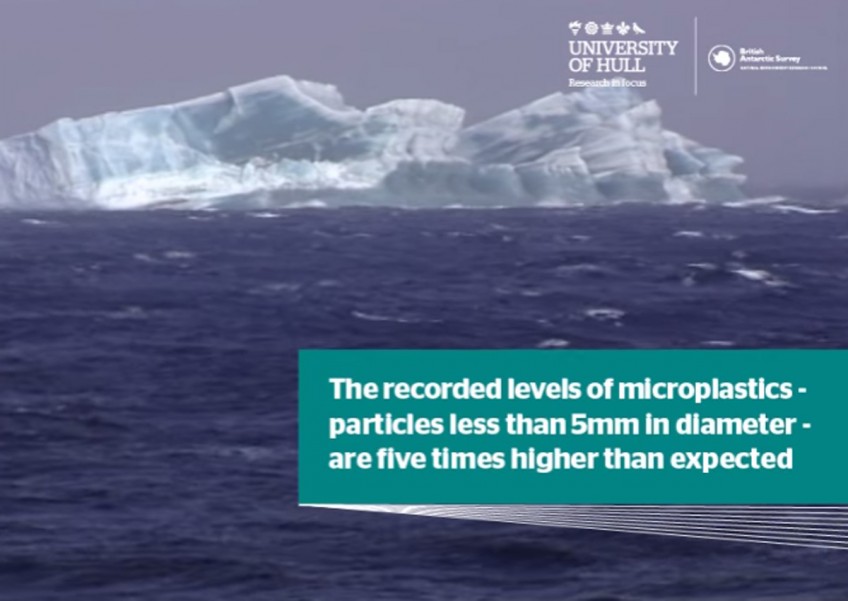 Given Antarctica's extreme location on the bottom of the Earth, scientists long believed the continent was free from the plastic pollution tarnishing the rest of the world.

But not even this remote expanse is safe from our crap, a new study shows.

Plastic debris was far worse in the Antarctic than expected, researchers from University of Hull in England and British Antarctic Survey said this week.

Levels of microplastics in the region were five times higher than what you'd normally expect to find from local sources, such as research stations and ships.

"Antarctica is thought to be a highly isolated, pristine wilderness," Catherine Waller, the study's lead author and a marine biologist at the University of Hull, said in a statement.

"The ecosystem is very fragile."

Microplastics are particles smaller than 5 millimeters in diameter that are found in many household items, including shampoo, toothpaste, and polyester clothing.

Particles are also created when larger debris - such as soda bottles, toys, and fish netting - breaks down.

The study, published this week in the journal Science of the Total Environment, suggests that much of the plastic debris is coming from outside the Antarctic.

In the surrounding Southern Ocean, for instance, tourism, fishing, and scientific research activities all contribute to plastic pollution.

It could be particles from these plastics are turning up in the pristine polar wilderness via the Antarctic Circumpolar Current, which flows clockwise around the continent and was historically thought to be impenetrable, researchers said.

Scientists estimate that up to 1,100 pounds of microplastics from personal care products and up to 25.5 billion clothing fibers enter the Southern Ocean per decade.