Huawei has repeatedly denied that its equipment can be used for espionage by the authorities in Beijing.

WARSAW - An espionage trial involving a former Polish secret service agent and a former employee of Huawei begins in a Warsaw court on Tuesday (June 1) as some European states consider whether to exclude the Chinese group's equipment from their 5G telecommunications networks.

Poland arrested the two men in January 2019 on suspicion of spying for China, in a move that has ramped up international debate over the potential security risks of using Huawei equipment in communications networks.

Huawei has repeatedly denied that its equipment can be used for espionage by the authorities in Beijing, but the United States has been pressuring countries to ban it. In Europe, only Britain and Sweden have so far done so.

Polish prosecutors allege that Wang Weijing, 39, using the cover of being a Huawei executive, spent more than seven years spying for China, trying to bolster the company's ability to influence the Polish government and "enable it to... manage the state... technology infrastructure", court documents show.

Wang, who has been in detention since his arrest, is also charged with recruiting a former Polish secret service agent who, prosecutors say, informed him about ways of influencing the country's rescue and public safety services radio networks.

The Polish defendant, Piotr D, had worked for years in the top echelons of government, and is accused of "offering himself as a source of information" regarding public administration.

Both men deny any wrongdoing. 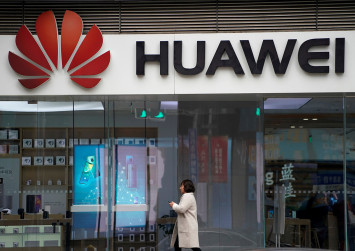 Prosecutors say the cyber-security specialist, who has asked that his last name be withheld under privacy rules, informed Wang of a monitoring system to guard against intruders accessing classified information sent through fibre-optic communications networks created by a Warsaw military university.

Wang's lawyer Bartlomiej Jankowski said prosecutors had no proof of any spying activity by his client.

"There is no evidence of anything illegal," he said.

Huawei, which fired Wang after his arrest but has helped finance his legal fees, said in a statement last month that its activities are "in accordance with the highest standards of transparency and adherence to laws and regulation".

The administration of then US President Donald Trump had praised Poland for the arrests, with then Vice-President Mike Pence saying in 2019 that they demonstrated Warsaw's commitment to ensuring the telecommunications sector was "not compromised in a way that threatens our national security".

At the time, Warsaw was seeking to convince the United States to increase its military presence in Poland, alarmed by increased Russian assertiveness.

Polish Prime Minister Mateusz Morawiecki's government proposed draft legislation last year that could lead to de facto exclusion of Huawei from building 5G networks, but the proposal has yet to be discussed by Parliament.

European mobile operators have long been reluctant to start investing in 5G networks, which could support smart factories and self-driving cars, because of a lack of political clarity about whether they must accede to US demands to exclude leading equipment supplier Huawei and other Chinese vendors. 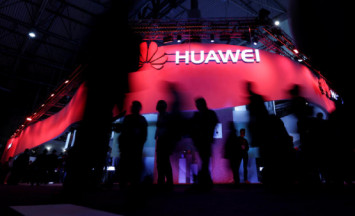 Huawei said its exclusion from 5G would mean an almost 44 billion zlotys (S$16 billion) loss for the Polish economy and a delay of 5G roll-out by a few years.

It has challenged Sweden's ban on its equipment in 5G networks - a verdict from a local court is pending.

In April, Romania's government approved a Bill that effectively bars China and Huawei from taking part in the development of its 5G network, but it still needs Parliament's Upper House approval, considered to be a rubber stamp.