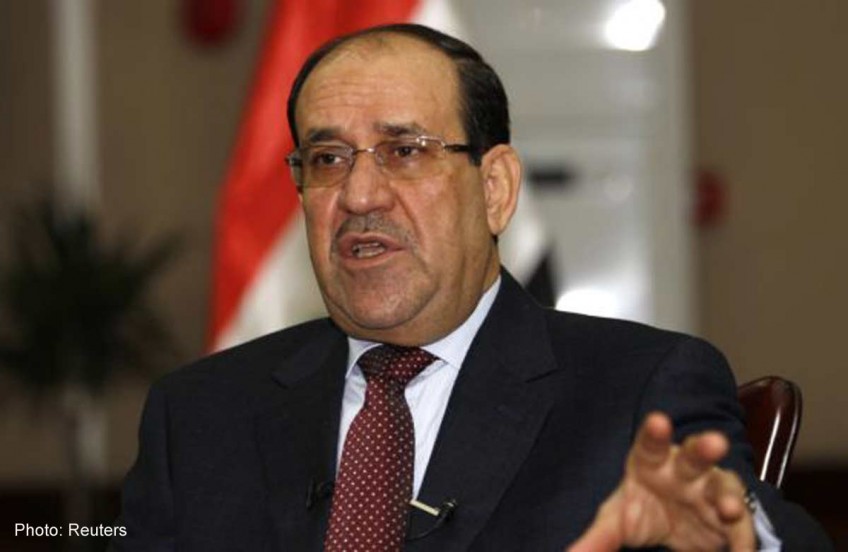 BAGHDAD - Iraqi Vice President Nuri al-Maliki, who was widely criticised for sectarian policies during his time as premier, said Sunday that politicians are to blame for the country's Sunni-Shiite strife.

"There is no problem between the Sunnis and the Shiites as communities, but rather between us the politicians -- we think as Sunnis and Shiites, and we are driving people toward this doom, for which we will bear responsibility before God," he said.

Maliki himself pursued policies that marginalised and angered members of Iraq's Sunni Arab minority, especially during his second term as premier.

Sunni suspicion of the Shiite-led government was heightened by heavy-handed security operations in Sunni areas, and the arrest of senior Sunni politicians or their employees.

Sunni anger led to anti-government protests, which were targeted by security forces on multiple occasions, most disastrously in late December 2013 when the largest protest camp, located near Anbar provincial capital Ramadi, was demolished.

The destruction of the camp, which Maliki asserted was serving as a jihadist headquarters, sparked clashes and set off a series of events that saw parts of Ramadi and all of Fallujah, to its east, seized by anti-government fighters.

Then last June, the Islamic State jihadist group -- which benefitted from Sunni disenchantment with Baghdad -- spearheaded a sweeping militant offensive that overran large parts of the country north and west of Baghdad.

Maliki's government turned to Shiite militias, members of which were responsible for sectarian killings in past years, for support against IS, before he was replaced as prime minister.

Pro-government forces, now backed by a US-led campaign of air strikes, have regained some ground, but significant territory, including three major cities, remains under IS control.