Poor puppy! Police dog in Australia loses job for being too friendly 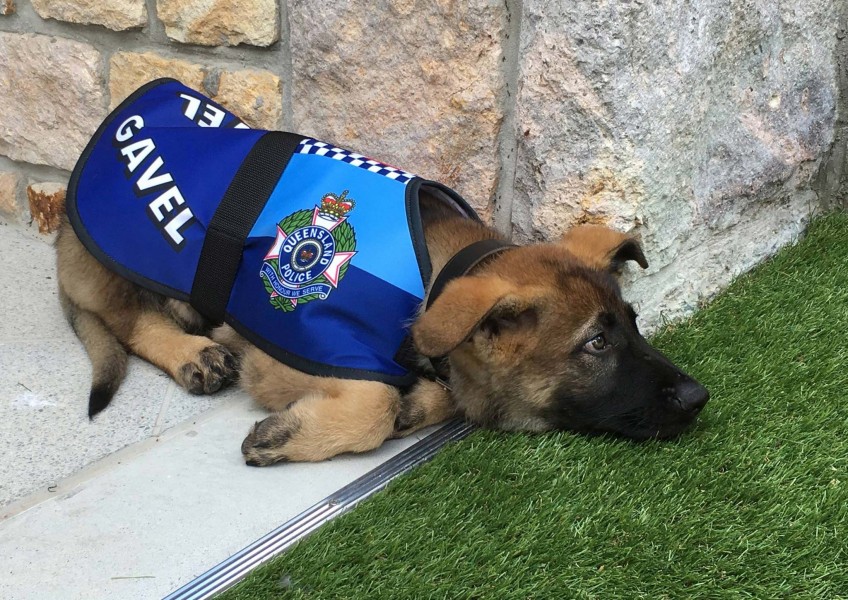 Many puppies aspire to become a police dog when they grow up. But boot camp is tough and rigorous, and not all of them make the cut.

When ten-week-old Gavel first arrived at Queensland's Government House last year for a 12-month training programme, it was with high hopes of becoming a Queensland Police Service Dog upon graduation.

However, the German shepherd enjoyed socialising and having fun a bit too much for his own good, and found himself booted out of selection camp in February this year.

"Gavel did not display the necessary aptitude for a life on the front line," said a spokesman for Queensland Government House, according to LADBible.

"Not all dogs display this, and Gavel proved himself to be quite sociable."

Luckily for Gavel, the humans at Queensland Government House adored him so much that they founded a new post for him so that he wouldn't have to be sent away.

Today, he is Vice-Regal Dog at the Government House, and spends his days leading tours and interacting with visitors, as well as keeping Queensland Governor Paul de Jersey and his office company.

He even has the honour of donning an official uniform with the state emblems of Queensland when he takes part in ceremonial occasions with Governor de Jersey.

"We hope Gavel's with us for a long, long time into the future," Governor de Jersey told 7 News Brisbane.