The principal of a public high school in New Jersey, USA, passed away after being in a month-long coma, following a procedure to donate his bone marrow to an ailing teenager.

Dr. Derrick Nelson, the principal of Westfield High School, died on Sunday, April 7, as per NJ.com on April 8. Nelson also served as an officer in the US Army Reserve for more than two decades prior to becoming the school's principal.

Nelson apparently decided to donate his bone marrow to a 14-year-old in France, as per another report by NJ.com on April 9. He underwent the donation procedure last February, which left him in a coma.

"After the procedure he did, he couldn't speak and was lying in the bed," Willie, Nelson's father, was quoted as saying. "His eyes were open and he realised who we were. But he couldn't move. He never spoke again." 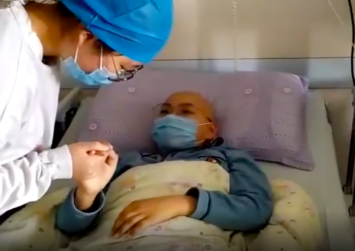 Nelson shared about his desire to help save the 14-year-old boy from France when he found out he was a match, as per the high school's student paper Hi's Eye last February.

"If it's just a little bit of pain for little bit of time that can give someone years of joy, it's all worth it," Nelson said then.

Nelson's death is mourned by many, including Westfield Mayor Shelley Brindle, who took to social media to pay homage to him.

"My family was devastated to hear the news of the passing of Westfield High School principal Dr. Derrick Nelson," Brindle said via Facebook yesterday, April 9.

"This is a tremendous loss for our community, and I know that our children, and we as parents, will struggle with coming to terms with this over the coming days and weeks," she added. "He was a man of immense character and kindness, and his legacy will live on in the generations of students whose lives he touched."