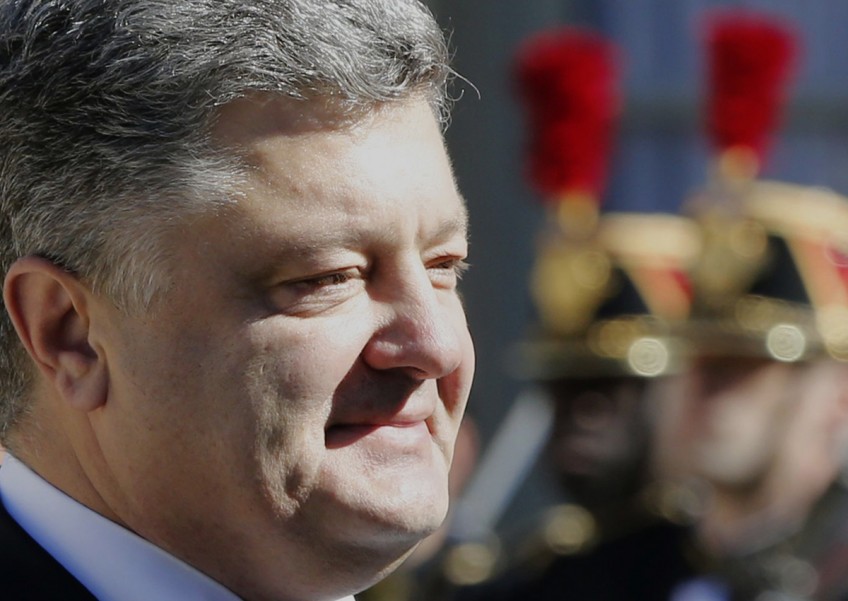 The polls come during a lull in fighting and with worries growing that Ukraine is slipping off the global radar despite just turning into Europe's second-poorest country and still standing as a bulwark against Russia's feared expansion west.

Twenty months have passed since the ex-Soviet nation sparked the world's imagination through unceasing protests that ultimately toppled a despised Kremlin-backed leader and appeared to anchor Ukraine's future with the West.

But Russia's subsequent annexation of Crimea and the pro-Moscow eastern revolt that followed in which more than 8,000 died have seen the nation of 40 million stripped of its most strategic naval bases and industrial heartland.

Many further fear the east turning into a "frozen conflict" whose terms are dictated by Vladimir Putin - the Russian strongman who denies orchestrating the war in revenge for Kiev's decision to slip out of Moscow's orbit for good.

The popularity of Poroshenko's government has plunged because of this year's utility bill hikes and other belt-tightening measures prescribed by world lenders under their US$40 billion (36 billion euro or S$55.4 billion) economic rescue loan.

And Poroshenko's seeming inability to sideline a handful of influential tycoons has seen his own ratings slip to less than half of what they were when he became president in May 2014.

Prime Minister Arseniy Yatsenyuk - a top Poroshenko coalition partner who won October's parliamentary vote - has seen his own approval languishing at an estimated two per cent.

Yatsenyuk's party isn't fielding any candidates in the mayoral and local legislature races in apparent fear of a humiliating defeat.

The public's frustration at the West's refusal to arm Ukrainian forces and only provide tightly-regulated financial help has further bolstered the election odds of the marginalised but militant far right.

Polls show that pro-Russian groups are also gaining momentum because of Kiev's effective economic blockade of rebel-run regions in which an estimated 3.5 million people still live.

Such an outcome could prompt Poroshenko's coalition to splinter and either spark new parliamentary elections or complicate the president's dream of applying for EU membership and making the shrivelled economy transparent and streamlined.

"As much as we need help from a global coalition and regional unity, we also need a domestic coalition that will ruin Putin's ambition of blowing our country apart from the inside," the 50-year-old said on one recent campaign stump.

Poroshenko's confident promise the day after his presidential triumph to stamp out the insurgency within a matter of days has also done little to help his cause.

The separatist parts of the Russian-speaking Lugansk and Donetsk regions are not only boycotting the polls but also planning their own for early next year.

The insurgents intend to bar pro-Kiev candidates from their elections and accuse Poroshenko of "genocide".

The demoralised mood of voters has been picked up by an astounding 132 parties, many of them using boastful slogans and colourful characters to draw in the media and prompt endless TV debates.

The Opposition Party - built from the ashes of the toppled Moscow-backed leadership - has peppered the streets with posters promising "Prosperity and Peace".

The fiery and divisive political survivor is expected to do better than her Fatherland party's disappointing sixth place showing in last year's parliamentary vote.

"I think that if Fatherland's results are good, Tymoshenko could join the real opposition and pull out of the coalition government," Anatoliy Oktysyuk of Kiev's International Centre for Policy Studies told AFP.

"These elections are brutal and dirty. And they may not live up to our Western partners' hopes."