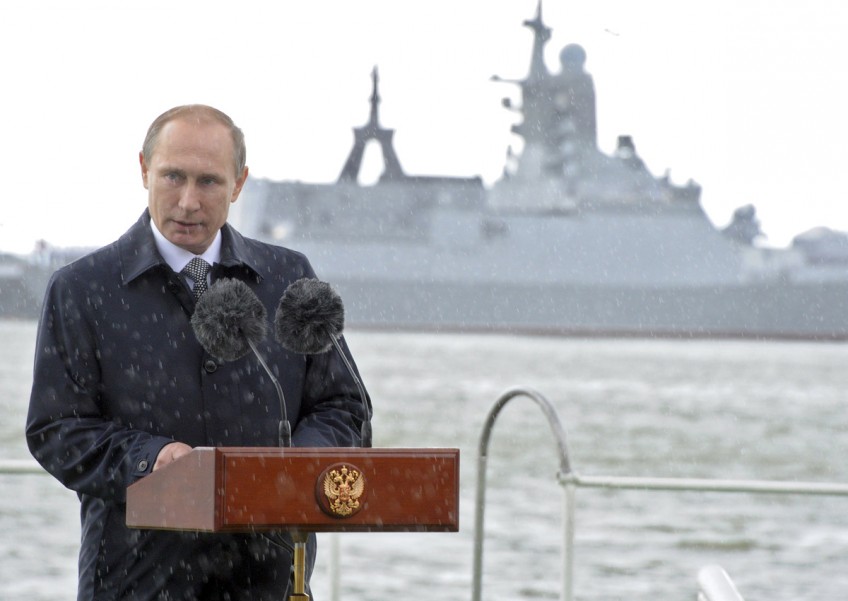 Russian President Vladimir Putin has backed the establishment of an airbase in neighbouring Belarus, the latest move by Moscow to project its military power abroad.

Saturday's announcement, which comes at a time of tension with the West over Russian involvement in Ukraine and Syria, may also signal the Kremlin's interest in keeping unpredictable Belarus within its geopolitical orbit.

Putin said in a statement he had agreed a government proposal to sign a deal for the military airbase and ordered defence and foreign ministry officials to start talks with Belarus. The plan is not expected to face major obstacles.

The idea of setting up an airbase in the ex-Soviet republic was revealed by Russian Defence Minister Sergei Shoigu in 2013, and follows a 2009 agreement under which Russia and Belarus agreed to defend their common external frontier and airspace.

Russian defence officials have said the base would be used to station Su-27 fighters. Russia already has some fighter aircraft in Belarus but this would be the first full-scale base there since Soviet times.

Russia has scaled back its military presence abroad, closing bases in distant Cold War allies such as Cuba and Vietnam.

However, a naval base at Tartus in Syria has recently become the focus of world attention as Russia has boosted its troop presence there in a move seen as bolstering its diplomatic influence in the region.

Russia already has military bases in ex-Soviet neighbours Kyrgyzstan and Armenia, which like Belarus are also members of a Eurasian Economic Union that Putin sees as the embryo of a new geopolitical bloc.

Last year Russia annexed the Ukrainian province of Crimea, partly due to fears it would be pushed out of its large naval base in the Crimean port of Sevastopol.

The creation of a base in Belarus may also be a signal to the West that Russia will not tolerate intrusion in its traditional sphere of influence.

Belarussian President Alexander Lukashenko, who has ruled Belarus since 1994, is seen as a long-standing Russian ally and is often criticised in the West for his record on human rights.

He has a reputation for being unpredictable because of his common practice of playing off Russia against the West.

Spooked by Russia's annexation of Crimea, Poland and the Baltic states have repeatedly asked NATO to station forces permanently in their territories along the alliance's eastern flank in Russia's vicinity.