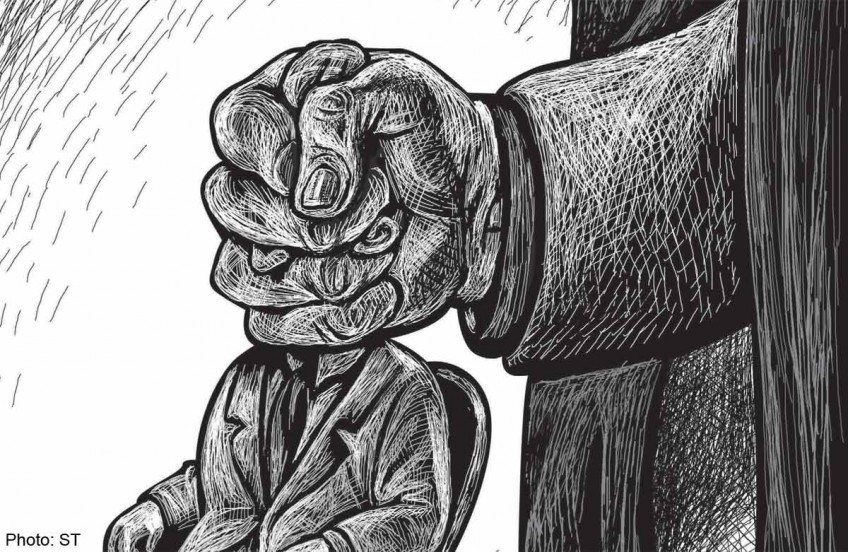 He was overthrown, and is being held prisoner in Siberia.

No, he just suffers from migraines, and needs to isolate himself in a dark room. Or perhaps he is in a private clinic in Switzerland, attending the birth of his "secret love child" with that glamorous young Olympic gymnast?

Two weeks of feverish speculation recently ended when, just as suddenly as he had disappeared from sight, Russian President Vladimir Putin reappeared, as though nothing had happened.

Predictably, the Russian leader dismissed theories about his absence as media nonsense.

"You'd be bored without gossip," he chided correspondents. And true to form, journalists continued to speculate: The Agence France-Presse news agency reported that Mr Putin looked "somewhat pale", while Reuters opined "there was nothing" in his appearance "that indicated any obvious health problems".

We might never get a convincing explanation for Mr Putin's recent AWOL act.

Nevertheless, the sheer panic that gripped Russia indicates just how fragile and how centralised power really is inside the world's biggest country and one of the world's top nuclear powers. And it might also be the first symptom of a more profound Russian power struggle.

To a large extent, Russia's history over the past two centuries has been dominated by repeated attempts to create a predictable and stable relationship between rulers and the ruled - all of which have failed, invariably giving way to authoritarian, one-man rule.

The past quarter of a century since the collapse of communism and the disintegration of the Soviet Union has been no exception.

Mr Boris Yeltsin, Russia's first post-Soviet leader, came to power in the early 1990s promising Western-style political institutions, but when his own Parliament took this promise seriously and dared to stand up to him, he sent in the tanks and literally blew up the parliament building.

By the late 1990s, when he transferred the presidency to Mr Putin, Russia's latest experiment with a more inclusive system of government was over.

Western governments, which occasionally paid lip service to "democracy" in Russia, never actually believed this was either possible or likely: The West welcomed, for instance, Mr Yeltsin's decision to shell his parliament building as a "positive" move, because that suited its priorities at the time.

But the greatest reason that Western-style political experiments invariably failed in Russia is that they never appealed to a majority of ordinary people.

The belief that a country of Russia's size and diversity cannot be ruled by consent, but needs a strong hand, and th historic fear of the "smuta", as Russians call the "times of trouble" that followed the disappearance of a ruler, dominate national beliefs.

In this respect, Russia's experience and instincts are closer to those of China than to those of the rest of Europe.

Mr Putin is the main current beneficiary of this enduring national desire for a strong man. His popularity is genuine and widespread, and he himself believes in his historic mission.

The rulers he admires most from Russia's history are the czars who expanded their country's possessions during the 19th century. And the Russian leaders he detests most are Nicholas II, the czar responsible for the empire's collapse in 1917, and Mr Mikhail Gorbachev, who presided over the collapse of the Soviet Union.

Both, as Mr Putin once remarked, "threw the power they had on the floor, and allowed it to be picked up by the hysterics and the madmen". Mr Putin clearly intends to do neither - he sees his personalised power not as an extension of his own ego, but as a selfless mission, a sacrifice, an objective in itself.

The Russian President already operates in a hermetically sealed bubble. He does not live in Moscow, but in a villa outside the capital, and he travels in only two directions - either to his office at the Kremlin or to the special airport terminal in the city - and on both occasions in car cavalcades that sweep through roads emptied by the police in advance.

He never eats food prepared by people other than his security-vetted chefs, and he meets officials only in 15-minute intervals pencilled into his diary months in advance.

He talks little and smiles even less; only a tiny circle of oligarchs and bodyguards who either play ice hockey with him or dutifully wait by the swimming pool as he takes his morning swim know what he really thinks.

Maintaining this aura of invincibility ultimately requires secrecy, for the public cannot be allowed to either see the luxury in which the leader lives, or contemplate the possibility that he might just be an ordinary mortal.

We know next to nothing about Mr Putin's wealth, or the whereabouts of his divorced wife and two daughters, apart from the fact that all now live outside Russia. And even the admission that Mr Putin might occasionally suffer from mild health complaints such as a cold or a bad back is unthinkable.

And, intriguingly, disappearances are also a traditional Russian way for a leader to reassert control, a sign of strength rather than weakness. The most notable example was the disappearance of Czar Ivan IV in 1564.

The Russian nobility was so terrified by this event that it tracked down the monarch and asked him to return to the capital, giving him complete powers; he duly returned, unleashed a reign of terror and is now remembered by history as Ivan the Terrible.

Soviet dictator Josef Stalin also used to be a master of disappearing acts, and used them to identify who his opponents might be: Those officials who rushed to take control or even expressed an interest in gaining power were dispatched to the firing squads the moment he returned.

The idea of the ruler who escapes from his officials to roam about the country in disguise is a powerful image in Russian political imagination. And invariably in all such episodes, the leader returns to the capital with his powers enhanced.

Be that as it may, there is no question that Russia is facing a power problem.

The President himself does not even belong to a party, and his United Russia, the political formation that supports him in Parliament, will crumble the moment he disappears from the scene.

Under the Constitution, should Mr Putin no longer be able to discharge his duties, the presidency would temporarily revert to Mr Dmitry Medvedev, the current prime minister, pending new presidential elections within 90 days. But that structure is meaningless, because Mr Medvedev, who served once as president, is just a figurehead with no clout.

It is not elections that decide power in Russia; historically, ballots in Russia are used only to confirm a transfer of power that has already taken place. And so it will be the next time: The real fight for power will take place inside the Kremlin palace walls, between a coterie of no more than 10 people close to Mr Putin, all fabulously rich, all largely unknown to the world. It will be no different from the way things were centuries ago in Russia.

The recent assassination of opposition leader Boris Nemtsov was almost certainly not authorised by Mr Putin, but was probably undertaken by someone near the President, in order to preclude any future pro-Western reformist tendency in Russia. And these could be the first bullets in what might well turn out to be a longer struggle to inherit his mantle.

Given this context, his recent disappearing act will not be easily forgotten. Not because it tells us much about what Mr Putin might have been up to, but because it reminds everyone of where Russia is heading - towards an inevitable succession crisis.