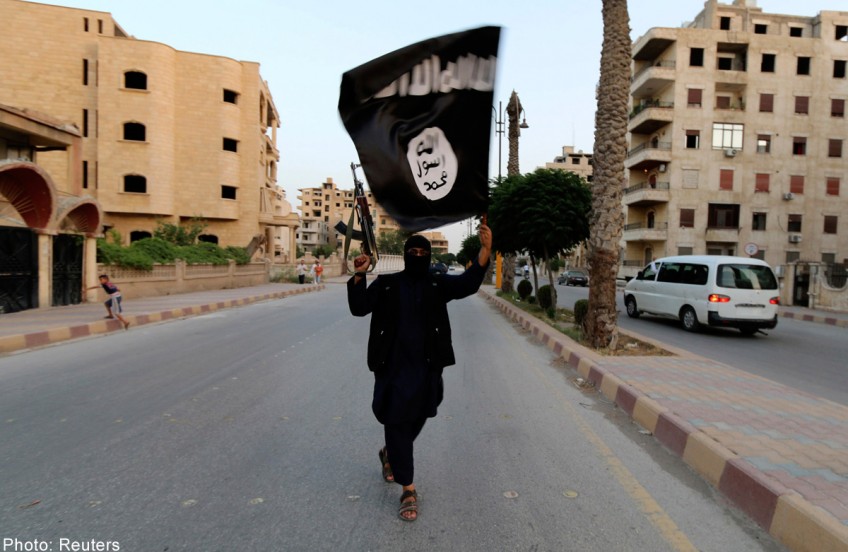 With the diminishing influence of Al-Qaeda, it now appears that a new, even more violent and radical group has emerged to plug the gap: the Islamic State in Iraq and Syria (ISIS) - which now calls itself the Islamic State - under the leadership of the self-proclaimed new "caliph" of the world, Abu Bakr al-Baghdadi.

Its origins date back to Musab al-Zarqawi's Jama'at al-Tauhid wa'l-Jihad (Community of Monotheists and Jihad) in early 2004, but it has now emerged as the strongest, and certainly the best known, among the radical militant groups in the Middle East.

Over the past few weeks, observers have reacted with consternation at the rate of advance of the group, as ISIS forces moved deep into the heart of Iraq and defeated the troops of the Iraqi army.There have been reports of Iraqi troops abandoning their posts and surrendering, only to be summarily slaughtered by ISIS militants who videotaped the executions and then posted them on the Internet for all to see.

Putting aside questions of military strategy, we need to ask the following questions: How and why do such groups choose to broadcast their acts of slaughter to the world in such a brazen manner? What could be the intention of publicly demonstrating their capacity and willingness to engage in violence, including the killing of unarmed prisoners? What is being communicated by these actions, and what is the group trying to do?

The ISIS has certainly shocked its adversaries. But sadly, its adroit use of violent imagery is neither new nor unique. For analysts who work in the domain of political religion and religio-political militancy, such tactics seem ordinary by most standards, even predictable.

As a relatively new and unknown entity on the geopolitical map, the ISIS needs to announce its arrival in no uncertain terms.

The calculations are political rather than religious. Any scholar of Islamic theology would note that the killing of unarmed prisoners is wrong and unacceptable in Islam. But such summary executions have been performed by many other militant groups apart from the ISIS in the past, despite their claims to holiness.

In South-east Asia, we have witnessed similar deeds by radical separatist groups in southern Thailand, southern Philippines and parts of Indonesia. And the catalogue of gruesome deeds does not stop at public executions, with unarmed victims being shot in the back. It also includes public hangings, torture, recorded beheadings and the like.

That groups like ISIS and their counterparts in other parts of the world choose to broadcast these acts via television or the Internet shows they are well aware of the power of the modern media.

These groups are also raising the stakes by exceeding the limits of violence set by their predecessors. Scaring their opponents witless by displaying a relish for violence also sends the message that it is more hardline, hardcore and determined compared with Al-Qaeda. The ISIS regards the latter as having "sold out" for entering into negotiations with states and for settling down to the more mundane business of local governance.

Again, this shift towards a more violent register is neither new nor unique to the ISIS-Al-Qaeda dynamic. When the Moro National Liberation Front entered into negotiations for peace and settlement of the conflict in southern Philippines, it was later overtaken by other groups such as the Moro Islamic Liberation Front, and later by the more uncompromising Abu Sayyaf. The same dynamics were in evidence in southern Thailand and also Pakistan.Radicalism abhors a vacuum. Once radical groups begin to moderate - as they have to do if they are to secure a peaceful settlement and begin to govern the areas they claim - they will be superseded by other groups that are bent on maintaining a state of perpetual chaos.

Here is the trap that lies in store for all those movements - religiously inspired or secular in orientation - that wish to take the path of militant radical politics to achieve their goals. The day will come when they will eventually have to adjust to the realities of delivering more than empty slogans and sweet rhetoric, and show that they can deliver services and governance instead.

Many of these groups emerged with the breakdown of the state and the weakening of governmental institutions. However, as their ambitions are fundamentally political, they will eventually be forced to deal with real demands and expectations that go beyond pious homilies. But by the time they are ready to make the transition from radical militancy to mundane government, the rule of the gun and the reign of violence they themselves have initiated make such administration almost impossible.

In the weeks and months to come, the battle against the ISIS is bound to intensify further until some semblance of order and normality can be restored. It is too early to tell if the ISIS can be totally eliminated, or even discredited, by its opponents. But it is also likely that it will undergo the same process of transformation that has been experienced by Al-Qaeda and other groups.

If the ISIS consolidates its hold on a part of the region, it will eventually have to put in place some form of local government. It may also have to enter into negotiations with other states and non-state bodies. At that point, as it settles down to the real task of humdrum management, other radical groups may well emerge.

Should this come to pass, it will be another sad episode in the long and painful litany of radical groups that have risen and fallen by the sword or the gun.

It will also prove two things: First, that despite their liberal use of religious vocabulary and symbols, these groups are fundamentally modern political anti-state movements that are driven by the desire for political gain and state capture. Second, that such groups can never truly succeed because they have created the conditions where state capture becomes impossible.

To adapt an old saying: "One can gain a throne with automatic rifles, but one can never sit on it."

The writer is an associate professor at the S. Rajaratnam School of International Studies, Nanyang Technological University